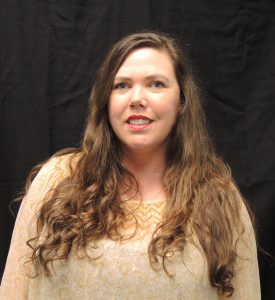 April Lawson, language arts instructor at Mississippi Gulf Coast Community College’s Jackson County Campus, has been chosen as the 2017 Mississippi Humanities Council Instructor of the Year.  Lawson, who has taught at the college since 2003, will represent the college at the state awards in February 2018.

The Humanities Teacher Awards recognize the contributions of humanities faculty at each of the state’s colleges and universities in the fields of English, history, music, art and philosophy. Nominations are made by the college or university president, vice president or dean of instruction. Each award recipient is required to prepare and deliver a public lecture during October (National Arts and Humanities Month) or during November.

Lawson’s lecture, “The Reel Deal: Film in Education,” will be presented on November 14 at 12:30 p.m. in the WPA Lecture Hall at the Jackson County Campus.  The presentation is free and open to the public.

“My presentation will showcase the ways in which I use film in the classroom and I will show film clips that will work in various subject areas,” she said. “I will provide some materials that can be used by other instructors in incorporating film in their classrooms.”

Lawson said she finds that film offers her students a “shared experience” that offers a springboard for in-depth class discussions and research. “I will show film clips from movies such as ‘Clue,’ which is a comedy but is set during the 1950s.  The film can be used in history classes to discuss McCarthyism, communism and J. Edgar Hoover, for instance.  Another movie that I use, but that can be used in a variety of subject areas, is ‘Contagion.’   We discuss how different characters react to the outbreak, but it could be used in science, economic, history, psychology, health, statistics or many other classes.  It is a way to get students involved and to see the problems presented by certain situations.”

Lawson graduated from the University of West Alabama with a Bachelor of Science degree in English Education and a Master of Arts in Teaching English. 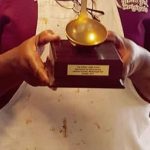 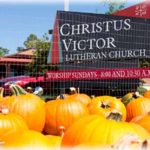