Following the Hancock Whitney Classic on March 10 and 11 between Mississippi State and Texas Tech, MGM Park will host six games during the annual ‘Battle at the Beach’ tournament on the Mississippi Gulf Coast from March 12 to 14. Local high school baseball teams and teams from around the Southeast will square off at the home of the Shuckers for three days just off the shores of the Mississippi Sound.

“To open the gates of our ballpark and give these athletes an opportunity to play at our facility is something we’re extremely honored to do,” said Biloxi Shuckers General Manager Hunter Reed. “We’re excited for these students to play on a field that’s been home to plenty of Major League Baseball players and for fan bases of all different schools around the state to experience what MGM Park has to offer.”

“This year we have 55 teams competing in the ‘Battle at the Beach,’ up from 32 in my first year of organizing this tournament,” said Biloxi High School head baseball coach Eddie Lofton. “Giving these high school players from 12 different schools the experience of playing in a facility like MGM Park, it gives them the feel of what it’s like to play in a State Championship environment. Compared to a regular high school stadium, it’s a bigger venue and just gives it a different mystique and a different feel for how the games can play.”

Games get underway at 4:30 pm on Thursday, March 12 with South Panola HS taking on West Harrison HS. In the nightcap, Mountain Brook HS (AL) will match up with Long Beach HS at 7:00 pm.

On Friday at 4:30 pm, Gulfport HS will play Brandon HS followed by Biloxi HS taking on West Lauderdale HS at 7:00 pm. The tournament wraps up on Saturday morning with Stone County HS taking on Ocean Springs at 10:00 am. St. Martin HS finishes off the six-game slate with a contest against Seminary HS at 12:30 pm.

Tickets are on sale now at the MGM Park Box office or online through Ticketmaster on the MGM Park landing page. Tickets are $8 and are all general admission seating on a first-come, first-served basis. 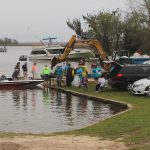 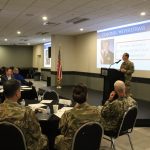