This weekend, both Mississippi State and Ole Miss will vie for a spot in the 2021 College World Series (Photo by Parks Douglass)

To say that Mississippi is a national leader in college baseball would be a vast understatement. Our schools have always been excellent on the diamond, and 2021 has brought about a season to truly remember.

To wit, last week’s NCAA Regional Finals included not one, not two, but three teams from the Magnolia State. Ole Miss beat Southern Mississippi 12-9 in a stirring finale in the Oxford Regional, while Mississippi State beat the Campbell Camels (not making that up) 6-5 to close out the Starkville Regional. Thus, three of the final 32 clubs still standing were from Mississippi. Unofficially (pretty sure I’m right), Texas was the only other state to be able to make that statement. Pretty damn impressive.

Add to that, the fact that Oxford and Starkville were numbers one and two in total attendance for the regionals. Of course, Ole Miss and State are in the top five in attendance year in and year out, and USM is usually in the top 20 or so. We take our baseball seriously down here.

Understand, it’s pretty much always been this way. Ole Miss was a national power starting in the 1950s with four College World Series appearances from 1956 to 1972. Heck, when I was in school, it was generally a case of who would win the SEC—Ole Miss or State? Then, Ron Polk came as coach to MSU, and the Bulldogs went on a couple of decades roll. Polk, along with LSU’s Skip Bertman, clearly deserves credit for helping ratchet the level of college baseball to even greater heights. Meanwhile, Southern Miss was steadily building a program of its own in Hattiesburg. Plus, Delta State has long been a Division II powerhouse, including a national championship in 2004, and Millsaps has been stellar in Division III.

So, as we speak, Mississippi State will host Notre Dame in a Super Regional in Starkville, while Ole Miss travels to Tucson to meet Arizona in a Super. Make sure to tune in to those games over the weekend, and don’t forget that Mississippi is the king of collegiate baseball in America these days, a fact of which we can all be abundantly proud. 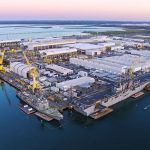 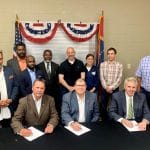