The south features incredible storied streets seeped with buildings from bygone days and dotted with ancient live oak canopies draped in Spanish moss, and Mississippi is no exception.

Here is part one of a series about the most historical streets in the state.

At the heart of Ocean Springs and the Mississippi Gulf Coast, Washington Avenue is a charming street cascading with galleries, boutiques, quaint shops, like Miner’s Doll and Toy Store, and one-of-a-kind eateries, such as The Lady May.

Tupelo has worked hard to create a charming downtown area with South Broadway Street as its anchor in this northeastern part of the state. Several years ago, there was a citywide effort through a series of workshops to encourage downtown building owners to look at their renovations from a design perspective.

And it worked because South Broadway Street is teeming with one-of-a-kind local shops, such as The Main Attraction and Coffee Bar and The Neon Attic. As well as restaurants, festivals, and events that include everything from holiday-themed parades to the annual Elvis Festival-thank you very much!

The historic Oxford Square is considered the “Cultural Mecca of the South” of the city and Jackson Avenue is one of the most historic, unique streets in the Square.

Attracting locals and tourists alike, the Square is never lacking when it comes to things to see and do, offering everything from fabulous shopping to award-winning restaurants to renowned art galleries. Popular spots within the Square include the south’s oldest department store, Neilson’s, and one of the nation’s most renowned independent bookstores, Square Books, and, of course, the Visitor’s Center on Jackson Avenue which contains everything about Oxford, including information about the city’s university. Hotty Toddy! If you know, you know!

The name is as unique as the brightly colored restored buildings featured on historical Main Street in Yazoo City. It’s the perfect combination of new and old and despite a devastating fire in the early 1900s and a catastrophic flood in 1927, Yazoo City is a thriving town in the Mississippi Delta.

Notable art galleries, shops, and restaurants and featured, and each year festivals bring both locals and tourists to Yazoo’s Main Street, creating a fun-filled atmosphere that is nothing short of amazing. Other popular spots in Yazoo’s downtown area include the eclectic Main Street Market and the one-of-a-kind Main Street Hotel.

Look for part two of the state’s most historic streets next month. 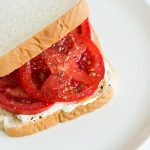 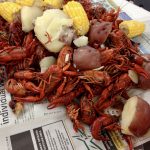