This announcement maintains TVA’s green energy leadership with the greatest amount of renewable generation in the Southeast.

“Our region is ready for companies who want to use renewable energy to achieve their sustainability goals,” said Chris Hansen, TVA vice president, Origination and Renewables. “Green Invest is more than a renewables program; when businesses relocate here, jobs are created and people can find work – revitalizing both rural and urban communities.”

TVA is partnering with Origis Energy to develop the 150-megawatt solar and 50-megawatt battery storage facility in Lowndes County, Mississippi, to support Facebook’s two data centers in the Tennessee Valley. Origis, through a long-term power purchase agreement with TVA that was signed on Facebook’s behalf, will own and operate the plant using industry-leading land stewardship techniques. The project will create more than 250 construction jobs, with additional employment for 3-5 full-time operations and maintenance staff. Origis will complete the facility in late 2023, pending environmental reviews.

“This is our second utility-scale solar facility in Mississippi with TVA, and it demonstrates the success of Green Invest in connecting local communities, private business and public power through renewable energy,” said Johan Vanhee, Origis Energy chief commercial officer and chief procurement officer. “We are excited to use TVA’s innovative program to contribute to economic activity in Lowndes County while helping Facebook achieve its carbon reduction goals.”

Facebook is committed to support its operations with 100% renewable energy starting in 2020. To support that goal, in August, Facebook signed a Green Invest agreement for a 70-megawatt solar facility that will be built in Madison County, Tennessee. In total since 2018, Facebook has announced purchases of 597-megawatts of power generated by multiple solar farms linked into the TVA electric grid in Alabama, Tennessee and Mississippi.

“Partnering with TVA on the Green Invest program has made it possible for our operations in the Tennessee Valley to be supported by new solar energy constructed in the region,” said Urvi Parekh, head of Renewable Energy at Facebook. “This solar farm will be Facebook’s first renewable energy project in Mississippi and first large-scale energy storage project, which marks an important milestone for our global portfolio.

TVA sees a bright future for solar fueling the region’s economy because it has increased its contracted solar capacity by 60% since October 2020.

“Facebook is a great partner, and it takes a great renewable energy team to close these deals,” said Hansen. “TVA’s public power model is the secret that makes our region the prime destination for any business who wants to achieve its environmental goals.” 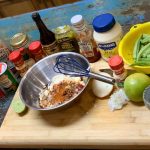 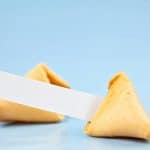