This Youth Showcase, a segment of the Mississippi Songwriters Festival 2021, is for musicians and songwriters under 21 years old. Dallas Remington, a recorded country music artist, played several of her songs.

“This event showcases how young songwriters are rising through the business, and how young they start. I think there was one kid as young as 12 years old playing.”

“We have all been through a tough year or two, so the fact that people are out and they are ready to listen to live music has been a good experience,” Remington continued. “It is good to have everyone back out safely. And, I’m just happy to be here, and share my songs with some new people.”

Andrew Sullivan, a 16-year-old who has performed with multiple groups including Cheap Trick, The Marshall Tucker Band,  and the BB King Band, “It is good that they are giving younger musicians an opportunity to perform because that is the future of music.” Also contributing to the music; Hunter Lott, Summerlyn Powers, Chaisly Jane, Parker Lyons, Gavin Parker, Savannah Ray, and Sophia Meadows.

Mississippi Songwriters Festival 2021, the four day festival held annually hosted over a hundred performers playing at a dozen venues across the Mississippi coast. Most of the venues were standing room only. The Youth Showcase was hosted at Murky Waters Blues & Barbeque Bar in Ocean Springs and produced by MS Songwriters Alliance. 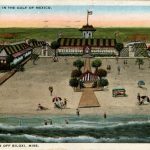