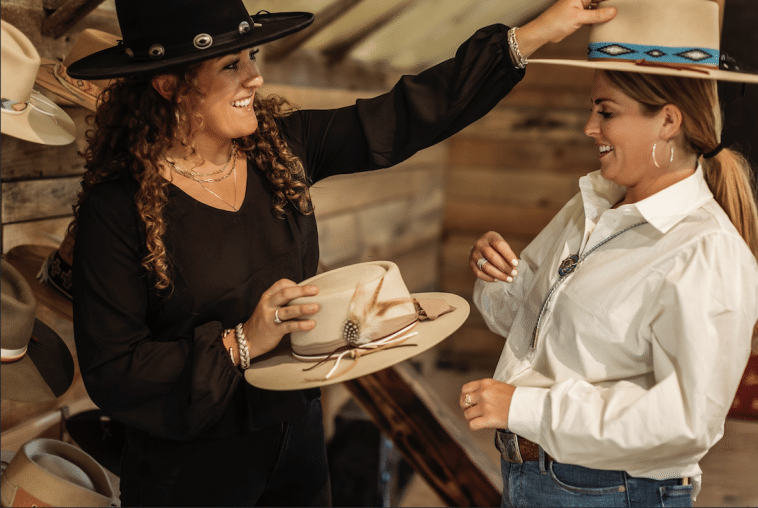 After making a 2016 trek from Crystal Springs, Mississippi, to Jackson Hole, Wyoming, Mary Landrum Pyron’s parents told her she could change her mind, and they would turn the truck around.

But Pyron decided to stay, and her parents caught a flight back to Mississippi, expecting her only to explore the wild west for six months. Five years later, she made the trip back home, bringing with her the passion for creating custom fashion and western-style hats.

Pyron always had an affinity for life out west. Hunting, camping, snow skiing, horse riding, and the outdoorsy culture captivated her imagination while studying at Ole Miss. While friends went to grad school or started their careers or families after graduation, Pyron knew it was now or never to head west. Living near Jackson Hole, Wyoming, gave her the chance to work as a caterer and expedition chef at western-style resorts, cooking for guests. She recalls cooking up 18 pounds of bacon on top of a mountain in the middle of nowhere. But what interested her most were the hats that she was required to wear on the job. 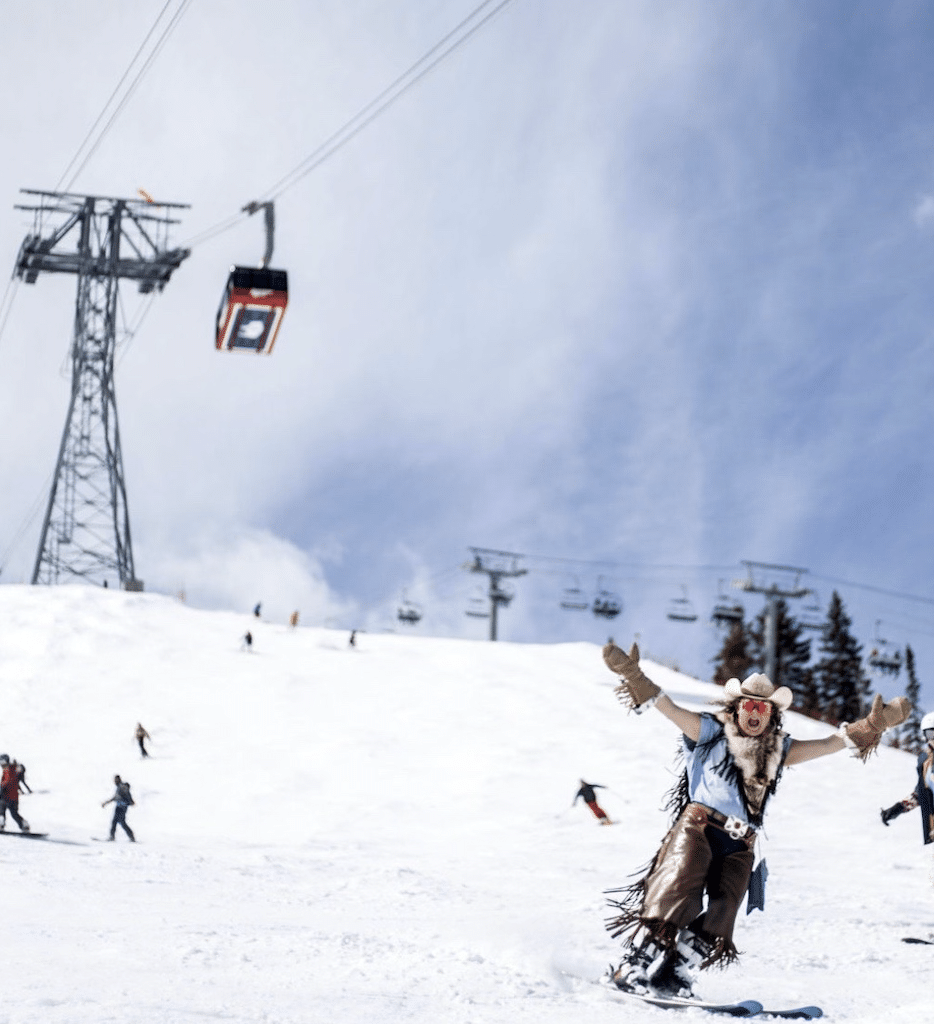 Wearing hats is customary in western culture to protect the head and face from the natural elements. And, like boots, a true cowboy or cowgirl has more than one option in their closet. After adding to her hat collection and learning more about the craftsmanship of hat-making, Pyron decided to learn the skill herself. She cold-called a local hatmaker and asked for a job, changing her career trajectory. After a year and a half of apprenticeship, she decided to bring her craft back to the Magnolia State.

Pyron operates ML Provisions out of her family’s 175-year-old barn in Crystal Springs. Her first commissioned hat under her new brand was for her sister. It was a powered blue hat with a turkey spur dipped in gold attached to the side. Unfortunately, that hat got sold off her sister’s head at a trade show in Memphis, Tennessee in the summer of 2021. And like any good southern sibling, her sister hasn’t let her live it down yet. Pyron is responsible for making all her clients’ hats by hand, but her family and small-town support the business. Whether she needs errands run or equipment fixed to any and everything in between, her family and Crystal Springs neighbors are there to help. 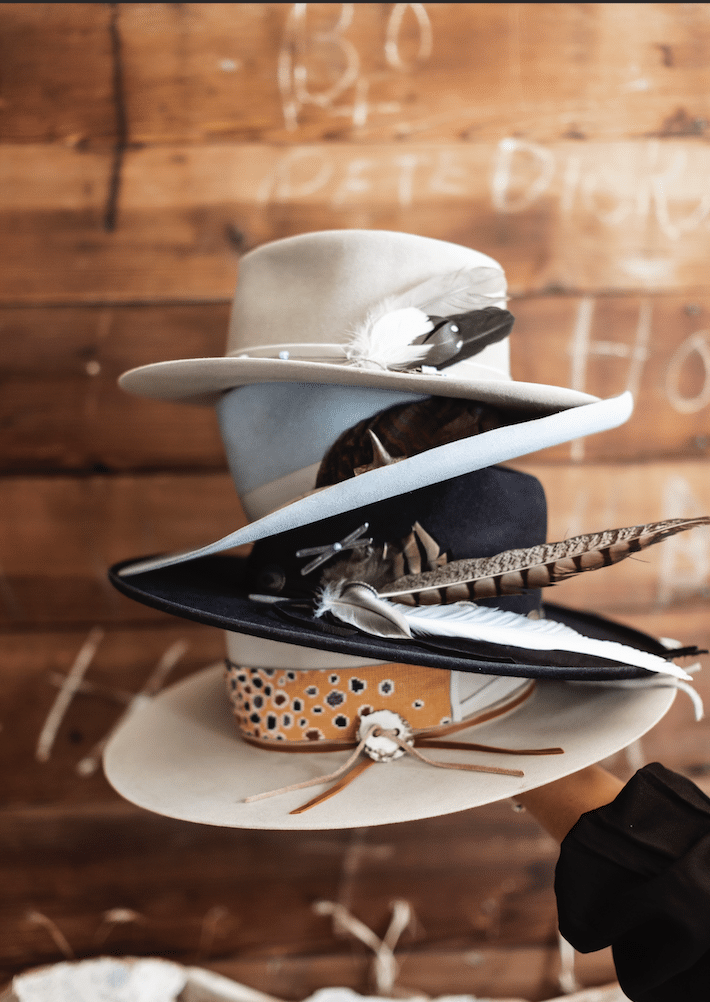 Mississippi is supporting her, too. Even Lt. Governor Delbert Hosemann has commissioned a hat with the likings of countless others. Pyron believes a hat is for everybody, no matter who you are or what shape your head or cut of hair is. For her, it is the process of getting to know her customers, the connection made through them coming to her studio, picking out the material, having it modeled to their head, choosing the brim, and ornaments that genuinely give it a personal touch.

That personal touch goes beyond just the size of Pyron’s hats. She bought her first sewing machine on Black Friday in the seventh grade, but today uses one gifted to her by a neighbor after her mother passed away. Pyron carefully attaches everything from wildlife feathers, family brooches, military patches, snake skins, and more to hats that become family heirlooms. Once again, she can thank a Crystal Springs native, Ms. Eva Stevens, for investing her time into a group of young girls, taking them into Jackson, and teaching them the basics of sewing. 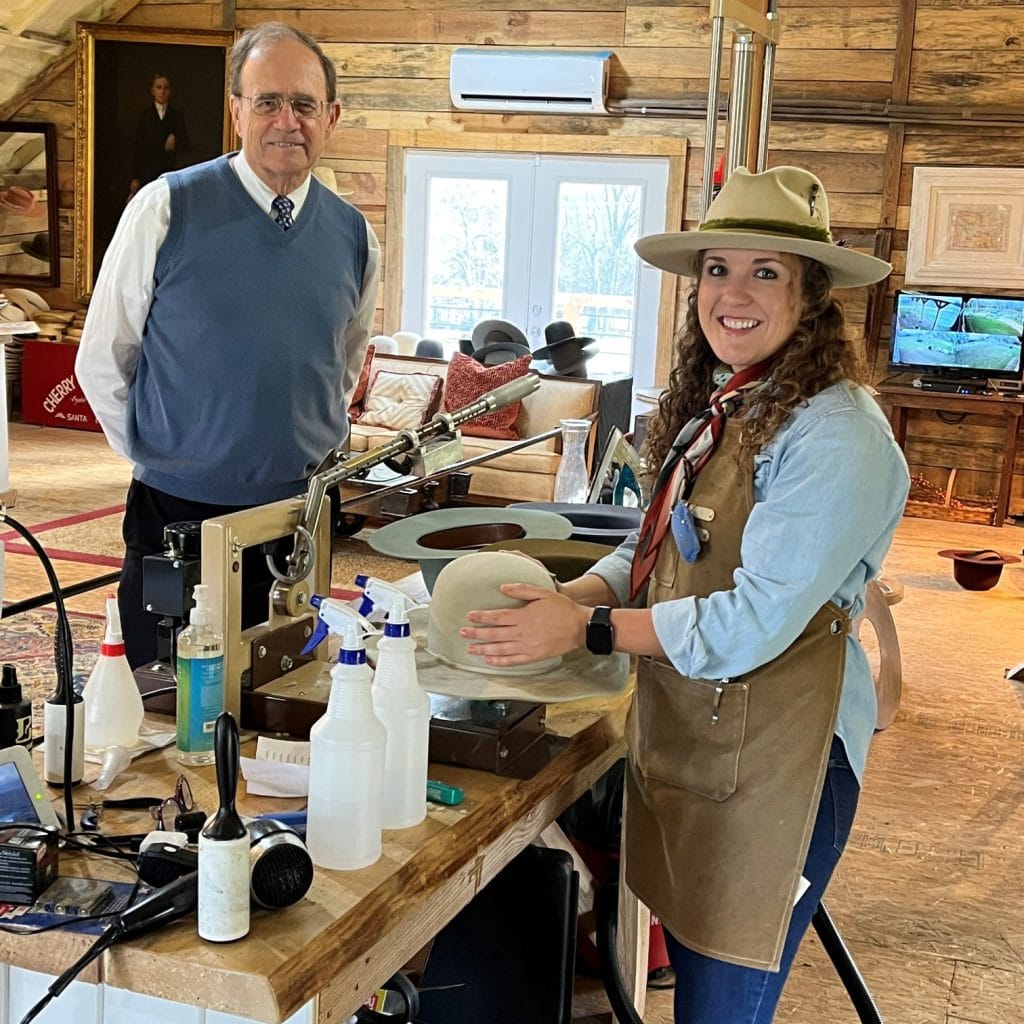 ML Provisions motto is “Inspired by the west, made in the south.” When asked about heading out west, Pyron confidently responded, “The best decision I’ve ever made.”

You can connect with Pyron on Instagram at @MLprovisions. She can ship hats, or you’re welcome to schedule an appointment to visit her studio. 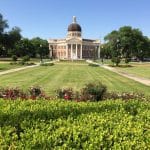 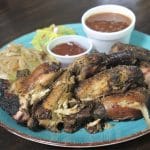