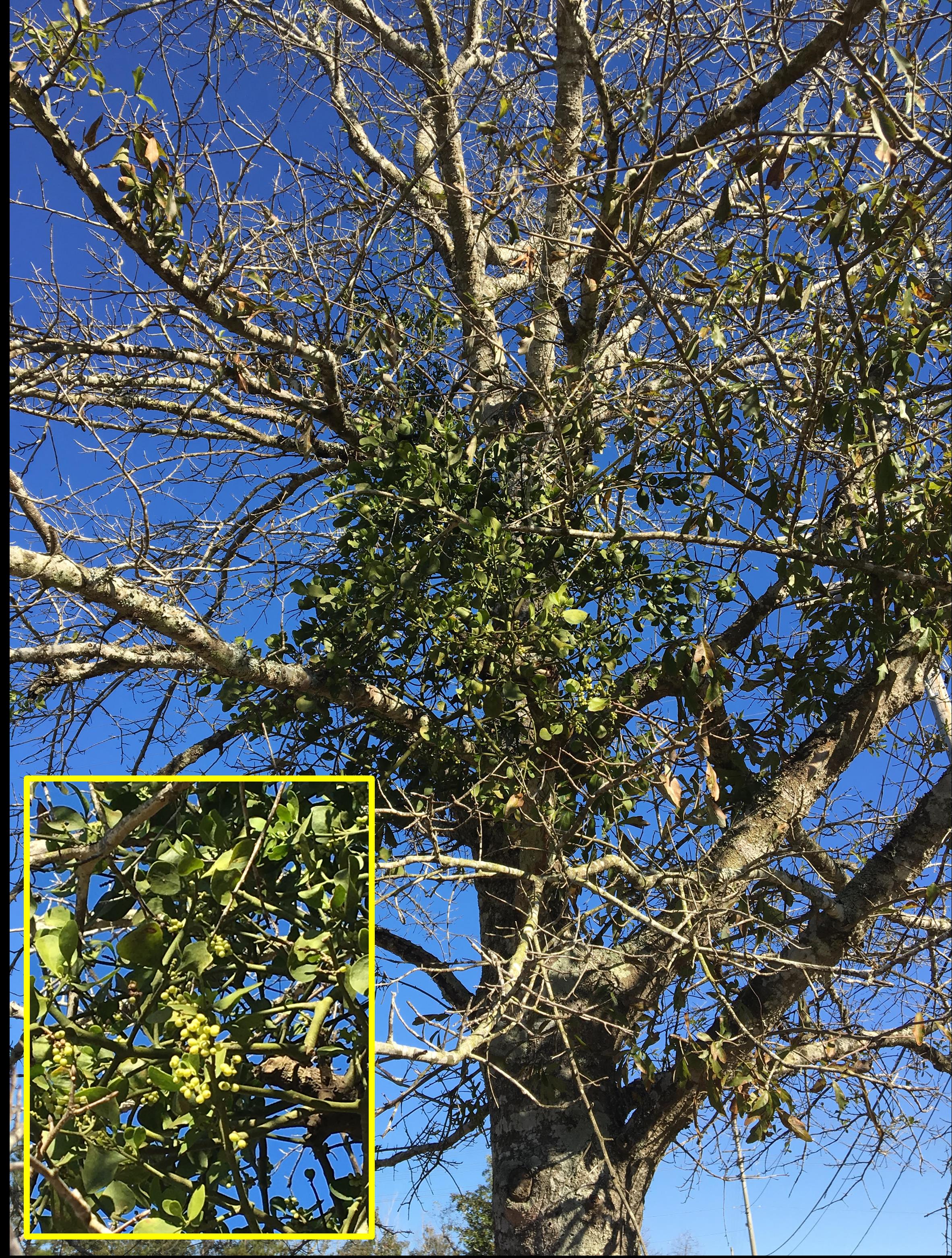 Tis the season for re-discovering mistletoe. We all know what it means when we see a piece of this plant hanging from the top of a doorway and either avoid it or actively stand there waiting for a holiday kiss. But what’s the story behind this tradition, and what’s behind the name? For me, the origin or etymology of a name is always the best part of a story that in this case, will hopefully make you chuckle. The history of the tradition is a rich story that spans centuries and many European and, more recently, North American cultures and the age-old drama of good versus evil.

If you choose to search for these stories, be prepared to spend time with the many versions. In short, the virtues of mistletoe range from the poisonous nature of its berries to its medicinal uses and ability to ward off evil spirits – one of the reasons for hanging sprigs of the plant over the doorway. One of the more colorful legends is a Norse Myth based on mistletoe being the sacred plant of Frigga, the Goddess of Love and mother of Balder. After Loki, the God of Evil, has Balder killed with a branch of the mistletoe, Frigga revives him using the healing nature of the plant along with her love. In Frigga’s joy, she kisses everyone who passes under the tree from which the plant hangs, making the plant an emblem of “love that conquers death”. The tradition of kissing under mistletoe is also based on its alleged power to bestow fertility and a symbol of commitment to marry.

All great stories, based on a plant that is found growing on the branches of hardwood trees as what is known as a “hemiparasite” – a plant that extracts nutrients and water from its host, but can also produce its own food through photosynthesis (the stems and leaves are green). Our North American species, Phoradendron flavescens, ranges across the eastern portion of the U.S., attached to species of oak and other hardwood trees. The berries are prized by a number of birds that either rub the sticky-coated berries onto branches after feeding or deposit the still sticky berry through their droppings. And this latter manner of placement of the seeds of mistletoe is the basis of its common name, a combination of two Anglo Saxon words: “mistel” meaning dung, and “tan” meaning twig.

A polite translation is “poop on a stick”. Chuckle, chuckle, but I wager that you will not soon forget that one. Besides its nature as a hemiparasite with an interesting name, please do not think too poorly of mistletoe. Although a heavy infestation on any given tree is a source of stress for that plant, its presence in the habitat has been shown to increase biodiversity, by virtue of attracting a number of birds to the area, along with other species. So even parasites can play a positive role in nature. It’s all about the “love”, right?

So, enjoy your time under the mistletoe this year, and hopefully you will not be thinking about how it got its name 😊 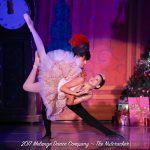 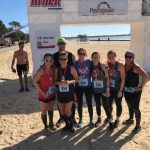