Country music veteran Trace Adkins will headline a concert in Jackson this weekend and he’s bringing a few friends along for the ride.

The Adkins show will take place Saturday night at The Mississippi Coliseum, and is the centerpiece event of a weekend full of happenings in conjunction with the 100th-anniversary celebration of the Mississippi Farm Bureau Federation’s annual convention. Clay Walker and Drake White will join Adkins for the show beginning at 7:00 p.m. Tickets can be purchased online at www.ticketmaster.com.

The Mississippi State Fairgrounds, a division of the Mississippi Department of Agriculture and Commerce (MDAC), will be the host location for the Mississippi Farm Bureau Federation’s (MFBF) annual convention as the organization celebrates its 100th anniversary. The event will be held this weekend, from Friday, December 2, until Monday, December 5, 2022.

MFBF will celebrate 100 years of faith, family and Farm Bureau during a multi-day event, which includes livestock shows, a trade show and the concert.

Adkins, a Grammy Award nominee and Grand Ole Opry inductee, has sold more than 11 million albums in his 26-year music career charting on Billboard’s all-genre Hot 100 and Hot Country Songs lists with 20 songs and 15 singles, respectively, according to his website.

He can currently be seen as Albie Roman, the patriarch of a country music family, on the Fox show, “Monarch.” Susan Sarandon stars as his wife, queen of country music Dottie Cantrell-Roman. He also has appeared in several movies over the past two decades.

MFBF serves as the largest general farm organization in Mississippi, providing a unified voice for farmers, ranchers and rural Mississippians. Over the years, MDAC and the Mississippi Farm Bureau Federation have enjoyed a longstanding relationship, partnering often on various agriculture initiatives.

For more information and a complete schedule of the MFBF’s 100th Anniversary events, visit www.msfb100.org. Visit www.mdac.ms.gov/fairgrounds/ upcoming-events/ to find a list of upcoming events at the Mississippi State Fairgrounds. 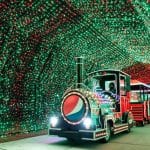 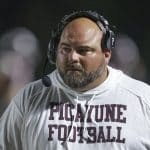