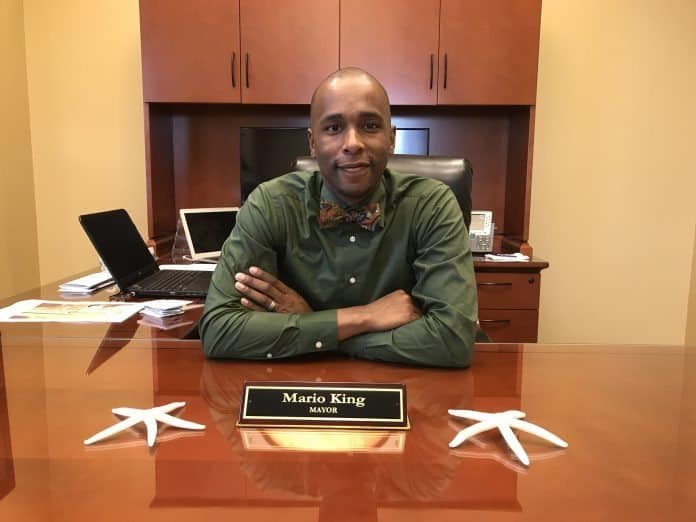 Mayor King is the youngest mayor in Moss Point history. His roots with the city extend beyond his political affiliations, as King has been a long-time resident of Moss Point, while also going to school in the area. King and his wife are both graduates of The University of Southern Mississippi. King is also involved in the Human Capital Development Program with the university. The Mayor’s ‘Eagle Pride’ is evident with the memorabilia in his office.  Mayor King also has two young daughters who enjoy swimming and playing in the local waters.

Mayor King’s passion for the city’s riverfronts has inspired him to make Moss Point the “waterfront venue for the coast” as part of his goal over the next four years. King says he envisions Moss Point as “the place to kayak, take boat tours, enjoy the riverfront and water as a tourist attraction.” He plans to feature Moss Point a nature-like attraction for the community where people of all ages can call home.

Although Mayor King has only been in office a short time, he is already moving fast and moving forward with new plans for advancing in economic development. Since taking his reign in office, King has already sold two empty buildings in the area to bring in new, local and successful businesses. He’s currently visiting small businesses in Moss Point once a week to show them he’s involved and on their side. “We want to grant opportunities that come available for small businesses- we want to be able to utilize resources and be in touch with the community”, says King.

King also envisions attracting companies in the paper mill industry that will not only bring revenue to the community, but also create new jobs for Jackson County citizens.

The Mayor also plans to host the first meeting between mayors of Jackson County to partner with to “bridge the gap to be better”. 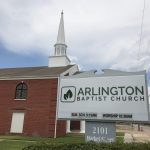