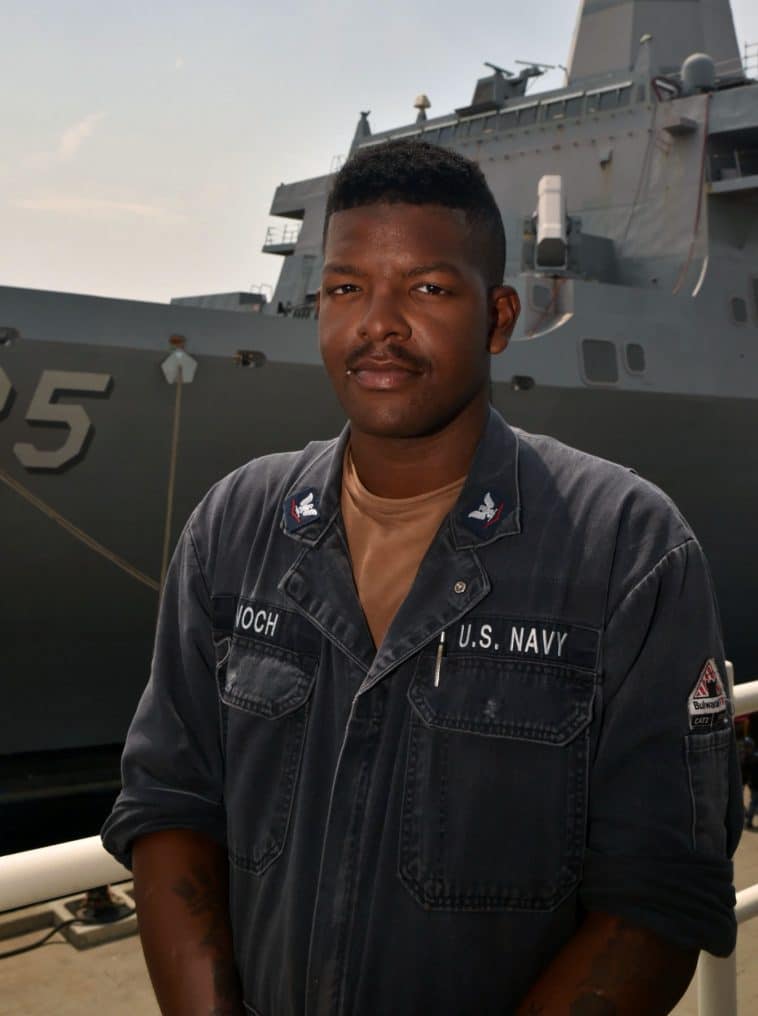 As the nation prepares to observe the 20th anniversary of the terrorist attacks of Sept. 11, 2001, a Moss Point, Mississippi, native is serving in the U.S. Navy aboard USS Somerset, named for Somerset County, Pennsylvania, in honor of the 40 passengers and crew who died during the hijacking of United Airline Flight 93.

In the years that followed, Enoch learned to appreciate the importance of commemorating 9/11.

“It’s important to never forget and always remember tragic events to prevent history from repeating itself,” said Enoch. “It’s also so important for the surviving family members to know that the entire country has not forgotten their loss.”

“I wanted to travel, see the world and start my future,” said Enoch. “The Navy helped make that happen.”

According to Enoch, a 2015 Moss Point High School graduate, the values required to succeed in the military are similar to those found in Moss Point.

“I learned early on to never take anything for granted,” said Enoch. “I also learned to work hard at everything you do and enjoy everything you have.”

Over the weeks following the Flight 93 crash, recovery personnel retrieved more than 95 percent of the airplane’s wreckage from the 9/11 World Trade Center attack. USS Somerset’s bow and keel are forged from steel salvaged from the crash. Every deck of the ship contains mementos of Flight 93, including a dedicated passageway leading to the memorial room, which bears the names of the passengers.

According to Department of Defense (DoD) officials, “We honor the lives of those lost and the courage and bravery of the first responders who tirelessly worked to save lives. They have become part of the DoD extended family.”

According to U.S. officials, the flight’s passengers and crew prevented terrorist hijackers from reaching their presumed destination in Washington, D.C.; instead crashing near Shanksville in Somerset County, Pennsylvania. Those aboard Flight 93 embodied the strength and determination of the people of the United States: to recover, rally, and take the fight to the enemy, honoring the memory of those who were impacted by the attacks.

“It’s an incredible honor to carry on the legacy of service of the 40 heroes of United Flight 93,” said Capt. Dave Kurtz, commanding officer of USS Somerset. “As sailors we play the away game so that Americans don’t have to react the way those passengers and crew members did 20 years ago. Their actions remain our inspiration.”

Serving in the Navy means Enoch is part of a world that is taking on new importance in America’s focus on rebuilding military readiness, strengthening alliances and reforming business practices in support of the National Defense Strategy.

With more than 90 percent of all trade traveling by sea, and 95 percent of the world’s international phone and internet traffic carried through fiber optic cables lying on the ocean floor, Navy officials continue to emphasize that the prosperity and security of the United States is directly linked to a strong and ready Navy.

According to Chief of Naval Operations Adm. Mike Gilday, four priorities will focus efforts on sailors, readiness, capabilities, and capacity.

“For 245 years, in both calm and rough waters, our Navy has stood the watch to protect the homeland, preserve freedom of the seas, and defend our way of life,” said Gilday. “The decisions and investments we make this decade will set the maritime balance of power for the rest of this century. We can accept nothing less than success.”

Enoch and the sailors they serve with have many opportunities to achieve accomplishments during their military service.

“Since joining the Navy, I am most proud of advancing in rank to third class petty officer,” said Enoch.

As Enoch and other sailors continue to train and perform the missions they are tasked with, they take pride in serving their country in the United States Navy.

“To me, serving in the Navy is a way to give back,” added Enoch. “I’ve built support for my family while helping protect my country.”

For more information about the Navy’s commemoration of 9/11, please visit www.history.navy.mil. 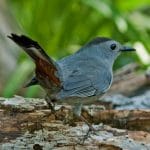 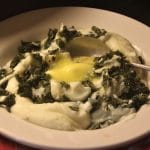