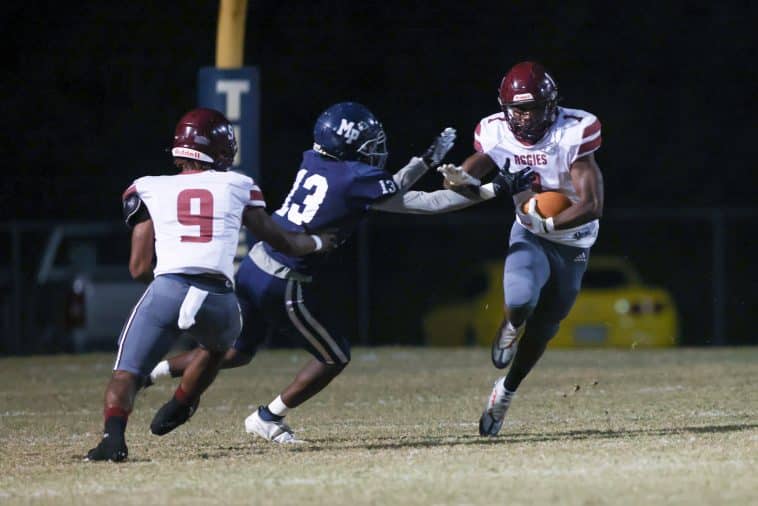 Photo by: Kerry bass / 228 Sports
The state playoffs started for half of the six total classifications in Mississippi Friday night, as Class 4A, 3A and 2A all got underway.
In the “Southern Six”, home-standing Moss Point thumped Forrest County AHS 48-6. The Tigers are the number two seed out of region 8-4A, and now stand 3-7 overall on the season. MPHS  jumped out to a 21-6 halftime lead and coasted to the win.
Monstrous 6-foot-5, 275-pound Ole Miss commit Jamarious “J.B.” Brown, a defensive tackle, also served time as the tailback a lot of the night for MPHS. He picked up over 100 yards rushing in the first half alone and scored on a 2-yard run in the second stanza.
The Tigers got off to a quick 15-0 start as Jabarious “J.B.” Charles scored on a 1-yard plunge and then Kevon Ford picked off an Aggie pass and returned it 30 yards for a score. Ford also added a two-point conversion after Charles’ scoring run.
After Moss Point recovered an onside kickoff to open the second half, Brown added another short scoring run to extend the lead to 27-6. Minutes later, quarterback Ryan Smith hit Kaleb “K.T.” Ralston on a 76-yard scoring strike to make the count 33-6. Charles added a 31-yard scoring scamper to make the count 41-6 late in the third frame.
Forrest County AHS ends the season at 6-5. This marked just the third meeting all-time between the two teams on the gridiron and the first in 14 years since 2008. The Tigers have won all three meetings.
Stone, which won the Region 8-4A title, hosted Sumrall and got off to a successful postseason start as well as the Tomcats tallied a 41-6 win. Tomcat quarterback Connor Tice accounted for three touchdowns in the first half as Stone jumped out to a 20-0 halftime lead. He ran for one score and hit Andrew Bradford on a pair of scoring strikes, one from 11 yards out and the other from 29-yards away. After winning its first district title in 28 years, Stone moved to 7-2 overall with the win over the Bobcats.
Also, Poplarville jumped out to a commanding 34-0 halftime lead over visiting Pass Christian and cruised to a 40-12 over the Pirates. The Hornets are looking to advance to their seventh consecutive Class 4A South State championship game. Maurice Travis ran for a pair of touchdowns and hauled in a pass for yet another in the first half. Poplarville, the Region 7-4A champs, moved to 10-1 overall with the win, while PCHS was the fourth seed from Region 8-4A and finished 5-5 on the season. This game was a rematch from a regular season encounter just six weeks ago which Poplarville won 42-7.
Defending Class 4A state champion Columbia opened defense of its crown by knocking off visiting Greene County 42-21. Greene County was the third seed out of Region 8-4A.
In Class 3A, home-standing St. Stanislaus hammered Port Gibson 45-15. Rock-a-chaws quarterback Hudson Osborne tossed a trio or scoring strikes in the first quarter alone to get SSC off to a successful postseason start. 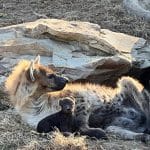 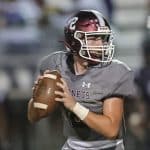