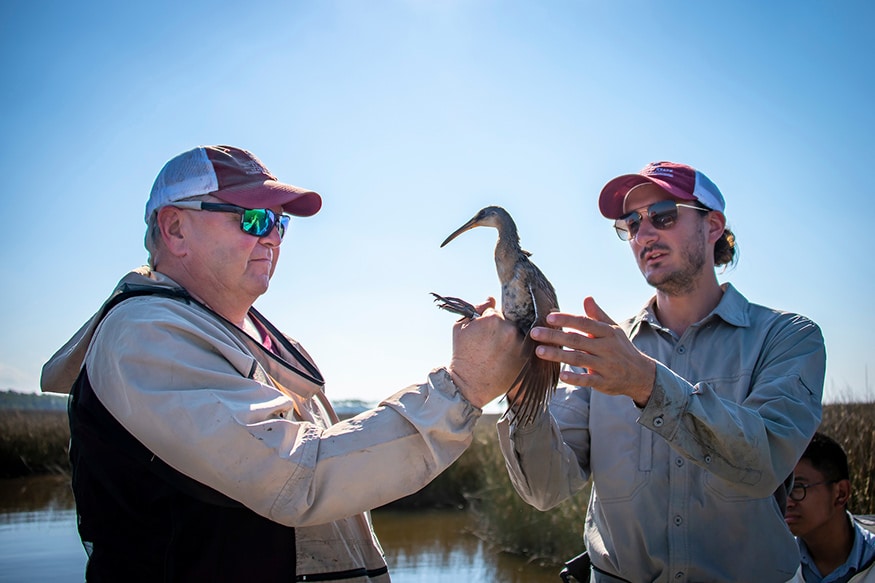 A Mississippi State researcher is co-leading a new network of more than 100 wildlife scientists and land managers from across the U.S. to monitor and aid birds along the Gulf of Mexico.

Mark Woodrey, assistant research professor in MSU’s Mississippi Agricultural and Forestry Experiment Station, based at the university’s Coastal Research and Extension Center in Biloxi, has helped establish the Gulf of Mexico Avian Monitoring Network, or GoMAMN, to better understand the many bird species that frequent the Gulf Coast.

Woodrey said more than 500 bird species either live on the Gulf Coast year-round, breed there or migrate to the region during winter months.

“We now can count and monitor these birds so that the next time there is a significant event, we have the baseline data to determine impact,” Woodrey said.

The team just published the “Strategic Bird Monitoring Guidelines for the Northern Gulf of Mexico,” a 300-plus-page document which serves as the first comprehensive, Gulf-wide monitoring framework for avian populations in the region.

“After the oil spill, we recognized the need for a formal framework to more accurately measure natural resources, including avian data, on a comprehensive scale,” Woodrey explained. “The data we had on birds in the area was limited, which hindered our ability to accurately determine how many birds were lost in that event.”

Emily Jo Williams has been involved with GoMAMN since the onset. Williams, vice president, migratory birds and habitats for the American Bird Conservancy, a non-governmental organization focused on bird conservation in North, Central and South America, discussed how GoMAMN will help future conservation efforts.

“A study published in Science magazine in September 2019 estimated a loss of three billion birds across North America since 1970. Reversing those losses requires large scale collaborative efforts. We are thrilled that GoMAMN is going to facilitate a coordinated approach by using the same protocols and metrics across the Gulf, so we can better understand conservation efforts on a larger scale,” Williams said.

While there are government and non-governmental agencies tasked with helping avian wildlife after a major natural or man-made disaster, there was no comprehensive, standardized monitoring framework to truly evaluate restoration efforts across the region.

“Collectively, state and federal agencies, along with conservation organizations and citizen groups, put tremendous effort in restoration projects geared at helping birds and their habitats along the Gulf Coast,” Woodrey said. “What they all need is access to streamlined avian ecology and population data and strategies to evaluate those restoration efforts. This network helps researchers, land managers and funding agencies understand how, when and where to monitor for different species and which of these species are the highest priority.”

R. Randy Wilson, station leader for the U.S. Fish and Wildlife’s Migratory Bird Field Office, is another lead collaborator and one of the editors of “Strategic Bird Monitoring Guidelines for the Northern Gulf of Mexico,” alongside Woodrey.

“We are trying to paint a picture of where we need to go with bird monitoring on a Gulf-wide scale. One of the biggest challenges is determining the highest uncertainties we must address,” Wilson said.

“The guidelines were generated on the premise of providing a shared vision of how to go about answering these key uncertainties in order to make better informed management decisions. We also want to accomplish this within an adaptive management framework in that everything we learn is fed back into the system, so that we are all operating on the most relevant information,” he said.

“We haven’t been addressing avian monitoring on a scale that allows us to inform conservation across the region. Given the increase in threats—from sea level rise to climate change to increased urban development and more—affecting the 500-plus bird species that inhabit the Gulf of Mexico, we found current monitoring efforts were disparate. That’s the genesis of why we embarked on GoMAMN with the goal of getting everyone on the same page and working in a collaborative fashion,” Wilson said.

For more information on GoMAMN and to access “Strategic Bird Monitoring Guidelines for the Northern Gulf of Mexico,” visit https://gomamn.org/strategic-avian-monitoring-guidelines.

For more information of the Mississippi Agricultural and Forestry Experiment Station, visit www.mafes.msstate.edu. 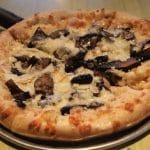 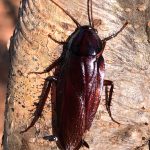