For the third time in 10 years, Mississippi State Choral Activities Director Gary Packwood is helping his students reach the pinnacle of music performance.

On March 19 at 7 p.m., Packwood will conduct the MSU State Singers at New York City’s Carnegie Hall, the world-renowned stage that has hosted such entertainment icons as soprano Leontyne Price, jazz musician Dizzy Gillespie, and actress and singer Judy Garland.

The recital is a joint concert with choirs from McPherson College in Kansas and Wagner College in New York state. Previous Carnegie Hall performances by the State Singers were solo presentations in 2012 and a joint venture with the Starkville High School Choir in 2019.

“Carnegie Hall is easily the most prestigious concert hall in the world, and for our students to be invited to perform is outstanding. It’s an exciting time for the university’s choral members,” said Packwood, also an MSU music professor.

Performing “Serenade to Music” by Ralph Vaughn Williams, the piece is “one of the most stunningly beautiful musical creations of the 20th century,” according to Oxford University Press, with lyrics from Shakespeare’s play “The Merchant of Venice.” The choirs also will sing Mark Hayes’ “Te Deum,” written for oratorio chorus, soloists and orchestra with text from the Protestant Episcopal Church’s “Book of Common Prayer.”

MSU’s State Singers is the premiere choral-vocal ensemble at Mississippi State and membership is granted through a competitive audition process. The singers perform full-length concerts, both on and off campus, numerous collaborative projects, and for a variety of university functions.

Having performed at state and regional conferences of the American Choral Directors Association and the National Association for Music Educators, the ensemble has toured internationally to Spain, France, Austria and the Czech Republic, and in Washington D.C. at The White House.

For more on the university’s Department of Music, visit https://www.music.msstate.edu/. 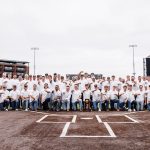 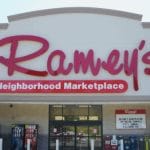