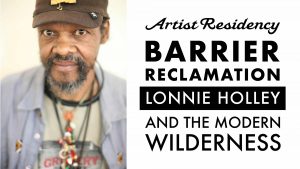 Nationally-celebrated artist Lonnie Holley arrives in Jackson County to lead a Summer residency project with the Walter Anderson Museum of Art. The project, titled “Barrier Reclamation: Lonnie Holley and the Modern Wilderness,” enlists the hands of students ages 10 to 18 from Moss Point and surrounding Jackson County communities from June 24 to 27 to create sculptures reclaiming materials found on the coast – including those sourced from Horn Island – and incorporating narratives of and objects from participants’ own neighborhoods. An evening program on Thursday, June 27, invites the public to experience the art from the week.

Holley’s project explores the changing contemporary landscape through material culture and the voices of young adults and intersects with the legacy of Southern master Walter Inglis Anderson (1903-1965) – who famously writes, “In order to realize the beauty of humanity we must realize our connection to nature.”

“Can we learn to treat mother earth, the best planet that could ever be for humans – could we give her that honor, that dignity?” asks Holley. “And then every time a child be born, the first thing you teach that child is ‘this is your earth, and this is what you have to learn to care for.’”

A culminating public program, exhibition, and reception will be held Thursday, June 27, at 6 p.m. at the Walter Anderson Museum of Art. Work from the week will be showcased in the galleries alongside art by Walter Anderson. A dialogue with Holley and project participants will include special guests Charles Reagan Wilson, historian, author, and past director of the Center for the Study of Southern Culture at the University of Mississippi; and Matt Arnett, founder of Atlanta-based performance venue Grocery on Home.

“Lonnie Holley’s gift is to see beauty where others might miss it,” says Julian Rankin, director of the Walter Anderson Museum of Art. “With Lonnie’s help, we hope to reveal the hidden possibilities of Southern landscapes – whether they’re found on wilderness beaches or in neighborhood cul de sacs.” 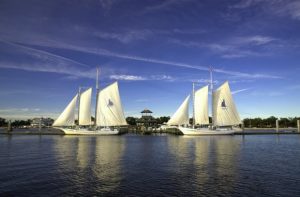 The project is executed in partnership with the Jackson County Civic Action Committee and the Maritime and Seafood Industry Museum. Much of the project will occur at the Civic Action Committee’s Moss Point headquarters, and with the help of the Maritime and Seafood Industry Museum, Holley and project participants will visit Horn Island by way of a schooner.

Holley first discovered the potential of found materials surrounding his Birmingham, Alabama, home in the late 1970s, and was energized by an awareness that his vision could transform an often-oppressive existence into art that gave voice to and hope for the future. His art practice merges organic materials, such as roots, rocks, and branches, with discarded pieces of post-consumerist culture, like microphones, CD’s, and wire. His work, widely collected in museums across the country, gives voice to often-underrepresented narratives and makes powerful statements about the perceived value of the objects that litter the landscape.

“There is hope through the trash, the garbage, and the junk that we throw away,” said Holley. “… it’s waiting for you to rework it.”

Project participants will beach comb the shores of Horn Island to gather materials, and will also be asked to bring objects from their own worlds that would otherwise be thrown away.

“I expect the interaction with Lonnie Holley and the children in our summer camp to free the artist living within them. I can’t wait to see what they create!” says Vanessa Gibson, director of Children and Youth Services at the Jackson County Civic Action Committee.

“Barrier Reclamation: Lonnie Holley and the Modern Wilderness” is funded in part by a grant from South Arts in partnership with the National Endowment for the Arts and the Mississippi Arts Commission. Additional support is provided through The Mary and Edsel Ruddiman Endowment for the Walter Anderson Museum of Art and Chevron. 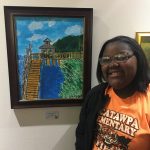