It was 80 degrees outside, but all anyone could talk about was getting hockey back in Mississippi.

Esposito, who was announced as the team’s new head coach on Thursday, brings eight-plus years of league experience to the Sea Wolves. He is also the winningest head coach in the history of the Federal Prospects Hockey League (FPHL), holding a 196-124 overall record.

Esposito let everyone know at Val’s know that he is familiar with the Mississippi Gulf Coast from his time with the Mobile Mysticks. His comments to the crowd undoubtedly instilled his desire to win with the Sea Wolves.

“I’m a relentless person with regards to losing and making sure we don’t do it very often,” Esposito said. “I’m going to do whatever I can to make sure we bring a championship back here.

Val’s owner, Val Nygaard, is also super excited for the season as his venue has been host to a handful of Sea Wolves events thus far.

“I am excited to be part of the Sea Wolves coming back to the Coast,” Nygaard said. “I’m a fan of hockey and can’t wait for the games. Hockey is a super sport for the fans with the energy, the non-stop excitement, and the action. We have a chance to be part of it. We all wish Coach Esposito the best.”

Jerod Campbell, sponsorship director for the team, also informed attendees that season ticket sales are already strong as everyone within the organization is working towards getting read for those first games in Biloxi. To purchase your season tickets, click here. 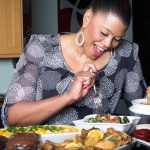 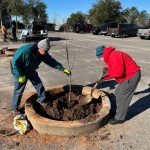