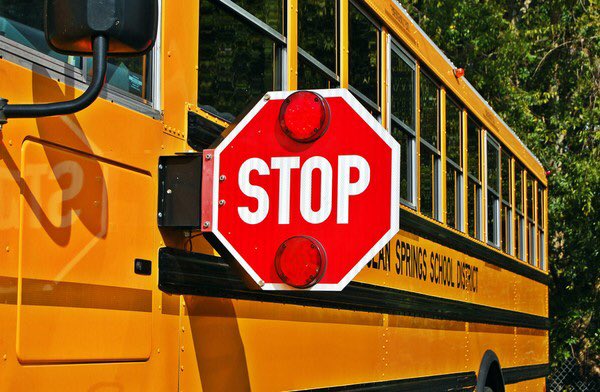 We are in the midst of National School Bus Safety Week, which takes place during the third full week of October each year. The point of NSBSW is to encourage students, teachers, motorists, school bus operators, and any others to join forces and address the importance of school bus safety.

As a form of celebration – maybe it can be considered that? – I present you with seven interesting facts about school buses and other buses that you probably didn’t know beforehand. Also, don’t forget to check out our back-to-school safety tips for drivers. Enjoy!

7 Things to Know About School Buses & Other Buses

How far back does the bus date?

All the way back to 1662! They obviously didn’t look like the buses we know now. However, the first buses originated in France and were horse-drawn carriages that carried eight passengers at a time. They were originally designed by mathemetician and philosopher Blaise Pascal as a way to tackle the problem of urban planning and public transportation. At the time, it cost someone 140 sous (former French coin of low value) to rent a carriage by the day. But with the creation of the bus line, which eventually numbered to five routes, passengers only paid 5 sous to ride.

When was the modern bus invented?

The first modern bus, which was probably a large, steam-driven stagecoach, first operated in England in 1830. It was called an omnibus, a Latin word meaning “for all,” and later shortened to just “bus.” In Germany in 1895, an eight-passenger bus was invented and was powered by a four to six-horsepower, single-cylinder engine.

When was the first school bus invented?

The first school bus goes as far back as 1886 in Indiana when the Wayne Works Company made horse-drawn carriages known as “school hacks” or “kid hacks.”  Before then, children walked or rode farm wagons to school. That remained the case in the late 1880s. By 1914, the automotive industry was beginning to boom and Wayne Works seized the opportunity to motorize its carriages. However, the design was the same as it was with the horse-drawn carriages, where students sat along the walls of the bus facing inward. In 1927, A.L. Luce, a Ford dealership owner, built the first bus that used steel panels. In 1930, Wayne Works introduced the first all-steel school bus body with safety glass windows. In 1939, Dr. Frank Cyr organized a conference at the University of Manhattan to develop school standards. A total of 44 new national standards were created determining everything from interior dimensions to seating configurations to the yellow color used by school buses today.

Why are school buses always yellow?

In the beginning, they weren’t always yellow, and even as late as the 1930s, some schools were still using horse-drawn carriages as buses. As previously mentioned, Dr. Frank Cyr convened a conference in 1939 to standardize school buses and consolidate resources. By allowing for a uniform color, more buses would be recognized, which would lead to better safety. It would also allow manufacturers to mass-produce buses which would lower costs for school districts. The color yellow was selected as it was considered an attention-grabbing color. Humans can detect yellow even from the corner of their eyes. Additionally, the color yellow is easier to detect in bad weather and in the early morning and evening light when school buses usually operate.

Why do school buses always stop at railway tracks?

It’s because of a tragedy that occurred on December 1, 1938. On that day, there was a blizzard in Sandy, Utah, and the bus driver had no visibility at the railroad crossing. Since he’d never seen a train at that location in his three years of driving, he began to cross the tracks. But a train from Denver, which had been delayed because of the blizzard, collided with the bus and resulted in the deaths of 25 students and the driver. Since then, the law has required school bus drivers to stop, open the door and windows, and listen for a train before crossing the tracks.

Why don’t school buses have seatbelts?

In the 1970s, government officials decided that for the safety of children, they wouldn’t require seatbelts on buses and instead focused on a safer seating design on buses. Bus seats have high padded backs and seats, padded rails and stanchions (strong, upright poles), and the seats are a specific distance apart for optimal safety. This minimizes their movement upon impact, like eggs in a carton. Even the windows are designed to prevent someone from being ejected through one in case of an accident. Because of the way school buses are designed, normal seatbelts wouldn’t function the same way in a crash that they do in other vehicles, and, in fact, their presence could potentially cause more harm. Moreover, in event of an accident, the absence of seatbelts means easier and quicker evacuation of passengers

What do the black lines on a school bus mean?

Those black lines/stripes on the sides of the bus actually serve an important purpose. Known as “rub rails,” these lines help protect passengers by providing an extra layer of protection for the thin walls of the bus. They’ll absorb the force of a collision and a car from caving in the side of the bus. The rub rails are placed in three locations on the side of the bus. The bottom rail is at the floor line, the middle line indicates the bottom of the seats, and the top line represents the top of the seats. These lines let first responders know exactly where to cut through the metal should there be an accident and the windows can’t be opened. They’ll also know the extent of the possible injuries by seeing where the impact took place in comparison with the position of the rails.

Now that you know a little background about school buses, here’s a refresher on a few safety rules: 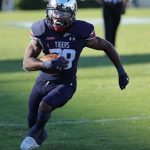 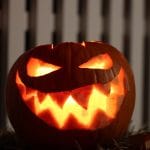