Digital Break is a one-hour block of time on Saturday nights starting at 11:30 p.m. featuring a rotation of shows and films. Havarti the host greets viewers and kicks off the show before the first segment begins. “Game Time” is an 11-minute segment featuring one of the four gaming-centric locations on the coast – Play and Talk in Gulfport, maCnarB Gaming in Gautier, Jak’s in Biloxi, and Panda’s Pair O Dice in Gulfport – and the show talks with employees or customers about different gaming topics.

The second show of the night is a cartoon series called “Puffin Forest” that is produced in California by “Ben” and has millions of views on YouTube. In each episode, Ben animates himself recalling an adventure that he and his friends played in Dungeons & Dragons or about his grievances certain scenarios. The third segment is Pop Talk where plans for Digital Break are discussed as well as other interests. They also sometimes welcome special guests to talk about their work.

The hour closes with a film – sometimes local and other times produced halfway around the world – before Havarti comes back on to thank the viewer for watching.

The content on the segment is similar to Toonami and Adult Swim, according to Steven Dale, creator of Digital Break.

“We wanted to capture that early 2000’s nostalgia and what we came up with does the job,” Dale said. “I’ve seen the reaction of people who watch it for the first time and their mouths just drop. It instantly hits them in their childhood and memories of coming home after school to watch their favorite shows.”

Dale said that people also react this way because of the high quality of the work done on a local show. He said their graphics, music, and commercials break the “stereotypical local tv feel.” Besides commercials for webcomics, video games, and events, Dale makes it a point to show PSAs focused on parenting.

“I’m a father of twins, so with the extra air time, I felt it was important to get those messages out to always try your best to be a good father, take your kids out in nature, and try to always be kind to people,” he said. “Digital Break is an hour-long block, it’s our responsibility to try and push those messages in our niche audience.”

Dale reached out to Ocean 7 in April and had programming in place to air the first episode on May 4. The focus of the show is to pull viewers back to local television and especially to Ocean 7 WXVO.

“Our content is a very specialized demographic that has been wholly ignored by content creators along the coast, except for when celebrity guests would come to conventions,” Dale said. “… kids who grew up in the ’90s and 2000s will immediately identify with our content.”

For those who don’t catch the segments on channel 7, Digital Break typically also runs a simulcast of the show on Facebook. During these, Dale is often online talking to viewers in real-time. They also occasionally break the show down and upload segments separately to their Facebook page.

Dale sees the project as a “living piece of art” and said they are always looking for collaborators. They’re working on a schedule change to move the short films earlier and cutting commercials to squeeze in more content. They’re also trying to rotate in new content without losing the shows they are already showing. Those interested in working with Digital Break can contact them through their Facebook page.

For now, the show is set to end in October and then could take a different form after that. The second season is still in negotiation, but Dale said they hope to come back for another season with even more bolder, fresher content. 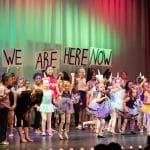 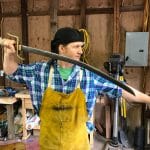