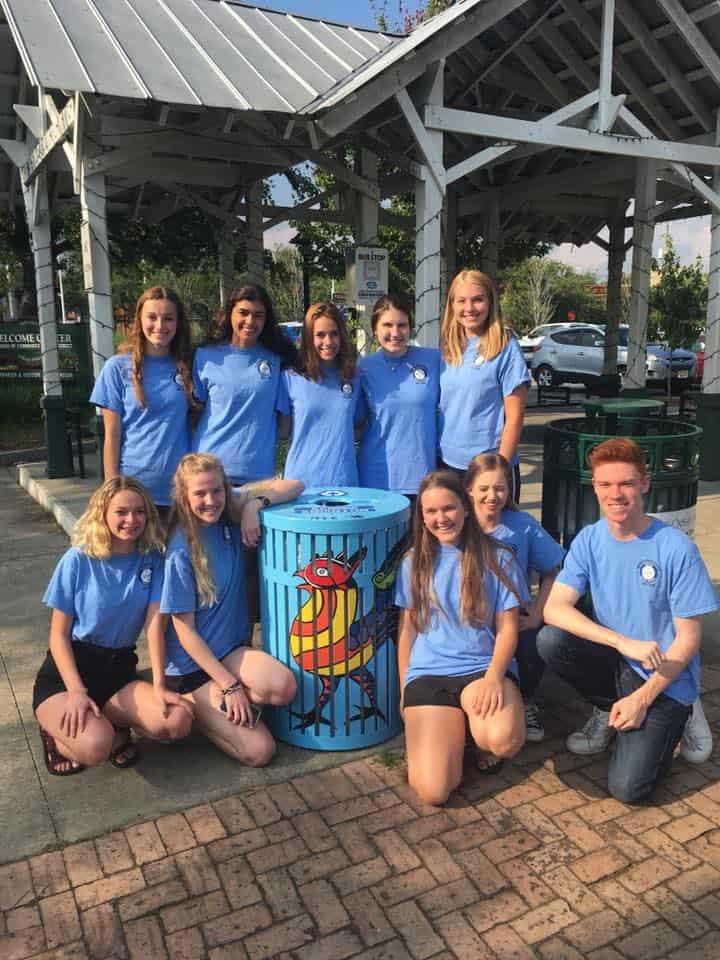 The project has been an idea of MYC Special Events Coordinator Caroline Wiygul since her first year on the council in 2016-2017, but the council was unable to complete it until this year. The council contacted several Gulf Coast businesses to ask for donations for the project. After the bins were delivered, MYC members hand painted each bin with a native Gulf Coast animal at the Ocean Springs Public Works Department.

“This project was a way for the youth of our City to say that recycling is important to us and to start something that City leadership can continue to expand if they want to,” Wiygul said.

The five recycling bins are placed around downtown with two on Government Street, two along Washington Avenue and one at City Hall.

“This past year’s council was very environmentally conscious and felt like hand-painted recycle bins would not only be a way to encourage responsible waste management amongst our citizens but would also be fun and reflect the artistic spirit of Ocean Springs,” said Cristina Werner, executive assistant to the Mayor and Board of Aldermen. “This project is important to our community because we have a responsibility as citizens to take care of our city, and the beautiful Gulf Coast that we get to enjoy every day.”

The Mayor’s Youth Council consists of 28 high school juniors and seniors from within the Ocean Springs School District. Each term lasts for one year. The council is funded by the City, but the council members fundraise year-round in order to maximize their annual budget. The council meets bimonthly and hosts community events and fundraisers and volunteers with the city’s special events.

“Being a part of the MYC is highly beneficial to our youth because it gives them the opportunity to exercise individual leadership skills, interpersonal communication with their peers and municipal leaders, public speaking, and to plan and execute special events,” Werner said.