This article was originally published in May on the Mississippi-Alabama Sea Grant Consortium website.

Members of the Gulf of Mexico Climate and Resilience Community of Practice honored the City of Ocean Springs for its work in the field of climate adaptation planning and environmental resilience.

Through a competitive process, group members voted for Ocean Springs to receive its 2017 Spirit of Community Award.

Each year, members of the Gulf of Mexico Climate and Resilience Community of Practice select a municipality to recognize for outstanding leadership in climate adaptation and resilience planning. The group is made up of more than 300 education, outreach and extension professionals, community leaders and planners, whose work includes contributing to the resilience of coastal communities. Group members learn from each other about how coastal communities are adapting to sea-level rise, precipitation changes, coastal storms and other issues.

Since the inception of the Climate and Resilience Community of Practice in 2010, Ocean Springs has been an active member and participant that shares climate ideas, challenges and needs. The city regularly communicates with group members and leaders. These correspondences help the city leverage its resources and implement initiatives and policy proposals that have been outlined within the community of practice. Just recently, the city was awarded a series of small grants from the National Oceanic and Atmospheric Administration’s Coastal Storms Program to address various environmental risks, such as storm surge, coastal erosion and sea-level rise.

“The City of Ocean Springs has made great strides toward addressing future storm and flooding vulnerabilities,” said Tracie Sempier, regional program manager for the Gulf of Mexico Alliance and coastal storms outreach coordinator for the Mississippi-Alabama Sea Grant Consortium. “This award recognizes the city’s commitment to finding creative solutions to erosion control, stormwater runoff and flood mitigation. The city’s proactive approach serves as an example for other Gulf of Mexico communities.”

Most notably, the City of Ocean Springs recently proposed a modified living shoreline for property owned by Jackson County. The county supervisors agreed and implemented the Inner Harbor Park project, which will protect the area from further coastal erosion while preserving some of the basic ecological functions of the waterways in the park. The city found out recently that it will be able to implement living shoreline elements on Front Beach in FY2018 with support from the Mississippi Tidelands Trust Fund Program. The living shoreline design was developed through Mississippi-Alabama Sea Grant Consortium awards. The use of this innovative coastal mitigation technique is an example of the city’s commitment to using local government resources to advance applied science.

For more information about the Climate and Resilience Community of Practice, go to their website. 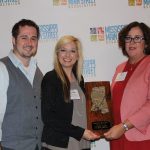 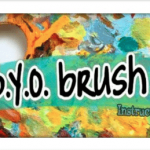