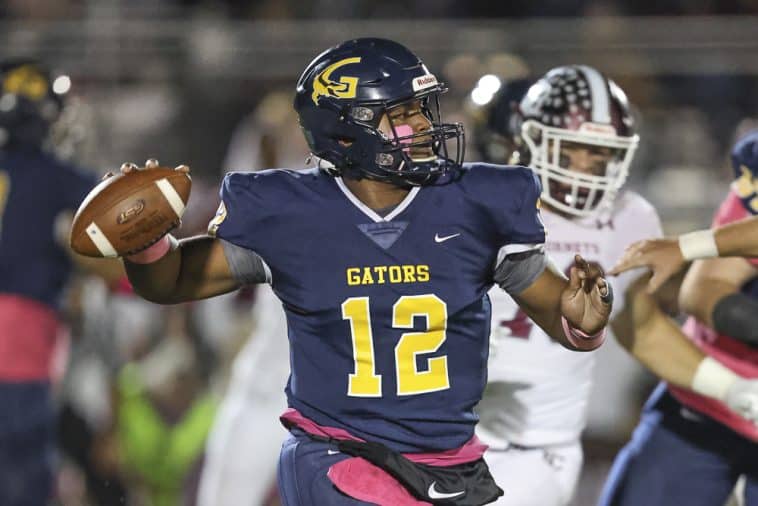 Once again, it was the Kaden Irving show for Gautier Friday night.

The stellar senior stand-out signal-caller accounted for eight touchdowns for the second straight week in a key Region 4-5A contest, as he and his home-standing Gators knocked off visiting East Central 56-35 at Vaughan-Wallace Stadium on the campus of Gautier High School.
The win sets up what will be the battle for the region title in two weeks when Gautier meets unbeaten and reigning Class 5A state champion Picayune to close out the regular season on Thursday, Nov. 3rd.
Irving threw for six scores and ran for two more in the big win for the Gators, as they won their seventh straight game and moved to 5-0 in Region 4-5A and 7-1 overall. East Central dropped to 6-2 overall and 4-2 and will finish third in the league standings.
Last week in a similar big region win over Vancleave, Irving also threw for six touchdowns and ran for yet another two in a key win.
Picayune beat visiting George County 56-7 to move to 9-0 overall and 5-0 in league play. In other Region 4-5A play, West Harrison beat Long Beach 54-0 and Vancleave beat Pearl River Central 44-15 to set up a key meeting between the Hurricanes and Bulldogs with playoff implications next week.
In Region 4-6A, both Ocean Springs and Gulfport stayed on course for a big showdown for the league title at Greyhound Stadium next week as OSHS remained unbeaten at 8-0 and 5-0 in league play with a 49-24 win over St. Martin and Gulfport knocked off visiting D’Iberville 40-21.
Also, Biloxi beat Pascagoula 15-14 and Hancock stopped Harrison Central 14-10.
In Region 8-4A, Moss Point clinched a playoff berth with a 54-13 thumping of Bay High on the road and Stone won the region title with a 38-0 shutout over Pass Christian also on the road.
Poplarville nipped Columbia 20-18 in Region 7-4A play.
In Class 3A, St. Stanislaus beat Perry Central 34-14 to earn a state playoff berth and set up a battle for the league crown with perennial state power Jefferson Davis County next week.
And in Class 1A, Resurrection’s postseason hopes took severe blow with a 28-15 loss to home-standing Mt. Olive.
Catch all of the Friday night details on “Friday Rewind” on 228 Sports presented by ourmshome.com Saturday afternoon. 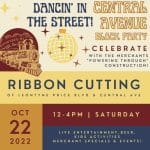 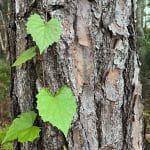