We’ve talked often in this column about Pascagoula High School’s excellence in sports competition over the years. The Panthers have won three state championships in football, five in baseball, one in softball, and two in golf. Equally important, PHS has maintained a consistency of success in most interscholastic sports throughout history.

To be honest, that level of productivity has been a bit sketchy over the last several years. The teams have not been bad, understand, but the degree of top results we have been accustomed to has perhaps not been met. However, the 2020-21 school year has brought forth a renaissance for Panther athletic pride.

“If we can win region in track or baseball, we’ll have somewhat of a grand slam in sports,” said Panther Head Football Coach Lewis Sims.

These championships don’t come by accident, of course. Solid coaching has been key. Sims has established himself as one of the state’s elite gridiron mentors. Lorenzo Wright has a firm grip on boys’ basketball, and Crisla Herchenhahn has resurrected the girls’ team. Soccer is led ably by Jacob Peden for the boys and Brett Clifton for the girls. Obviously, the student-athletes are front and center—talented and dedicated to their respective sports.

So, might we be approaching another golden era in Pascagoula sports? A couple of other timeframes come to mind as benchmarks,

The 1976-77 school year for PHS was superb athletically. The football Panthers, led by the legendary Rooster Jones, went 12-0 and defeated Greenville for the state championship. The basketballers had a huge year, winning the region title and making it all the way to the state championship game in Jackson, the only time in school history that has been done. The Goula baseball team won the region and was one out away from making it to the South State championship series. The track and field  team finished in the top ten at the state meet.

There have been other high water marks for Pascagoula athletics, but those two years stand out. As I alluded to earlier, maybe more important than the big spikes has been the consistency PHS has showed on the playing fields and courts over the years. Generally speaking, when other high school teams come to War Memorial Stadium, Ingalls Field, the PHS Gym (old and new), or other venues in town, they know it’s probably going to be a long night. The same feeling manifests itself when the Panthers travel to other cities.

So, hats off to all of this year’s squads for their exceptional play and resulting successes and trophies. What the players and coaches have worked hard to accomplish only adds to the legacy of Pascagoula as one of the truly great sports cities in Mississippi. 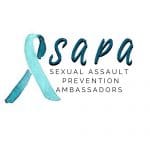 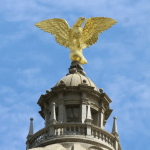