It was a special evening.

When the Pascagoula Athletic Hall of Fame Class of 2020 took the stage at the Pascagoula High School Performing Arts Center on the night of July 31, there were cheers, tears, and many meaningful words spoken. This stellar group of 12 new inductees, the fourth such class of the PAHOF, brings more proof of the incredible athletic history that Pascagoula has forged over the years.

“Bill cared about his players, and he loved Pascagoula,” Daphne Matthews, speaking on behalf of her late husband and legendary Panther football coach, said. “He knew of his selection to the Hall before we lost him, and he was so proud.”

Daphne comments were representative of all the induction ceremony speakers as emotions, memories, and heartfelt gratitude ruled the night. Each honoree or those speaking for them brought forth a litany of stories and remembrances, as well as sincere thanks to those who had helped them along the way.

Mixed in with the tears was plenty of laughter, too. Doug Horn had numerous tales about his late friend and inductee Ernie Schroeder. Tee McCovey allowed as to how, with him being a preacher, maybe we’d still get a miracle and he’d be brief. Mary Bush Wall and I both remembered her late brother Alan’s card-playing proclivities.

Yes, I was honored and privileged to be right there in the middle of the festivities as co-chair of the Pascagoula Athletic Hall of Fame selection committee. My friend and colleague Gary Stevens have shared this duty since the HOF’s inception in 2015, and it is a mantle we take very seriously. This Hall of Fame has become one of the best in the region, and our committee tries its best to “get it right.” It is a difficult but fulfilling task.

Thanks to the Pascagoula Athletic Foundation, the Hall’s sponsoring body, the recent induction ceremony was a rousing success. About 150 people were in attendance at the beautiful and impressive Performing Arts Center, and there was a wonderful spirit in the building throughout inductees and attendees alike. Much appreciation goes to Joe Davis, Jerry Jackson, Stacy Inlow, and other Foundation representatives for making it happen.

So, now on to the Class of 2022, which will be selected over the next several months and come on board next year. The Pascagoula Athletic Hall of Fame continues to be a shining light for our community, a great way to celebrate the excellence Pascagoula brings to the table, not just in sports but also in the form of good citizens and impressive difference makers.

Richards was the starting fullback on the PHS Big Eight State Championship team of 1947. He received a scholarship to Ole Miss but transferred to play at Pearl River Junior College. Richards eventually returned to Pascagoula, where he operated Montie’s Sporting Goods for many years. In 2001, he was selected as the recipient of the Distinguished American Award by the Mississippi Gulf Coast Chapter of the National Football Foundation and Hall of Fame for his outstanding contributions to his community and his service to enhance local athletes. He still makes Pascagoula home.

Lopez was the first four-sport letterman at PHS (1953-56), as he excelled in football, basketball, baseball, and track. He was selected first-team All-Big Eight in football as a lineman in 1955 while leading the Panthers to a 7-3 record and a top ten state ranking. He was the catcher in baseball, second-leading scorer in basketball, threw the shot put in a track, and was also a member of the PHS marching band. He currently resides in the Florida panhandle.

Pierce was a four-year starter at Carver in football as the fullback. He went on to Alcorn State, where he was named a small college All-American. Pierce turned down an opportunity to play with the Pittsburg Steelers to enter the high school coaching ranks in Connecticut, where he had an outstanding career as a football and track coach at Plainville High School while also playing semi-pro football. Pierce passed away in 2019.

Bush was a football and track force for PHS from 1961-64. As a two-way lineman, he was named first-team All Big-Eight in football as a senior. In track, he was a multiple meet winner in both the shot and discus. Bush went on to a decorated football career at Ole Miss, making All-SEC his senior year and being drafted in the fourth round by the Chicago Bears. He later returned to Pascagoula to run the family business, Bush Office Supply, and passed away in 2017.

Farmer was a rare breed at PHS as he started all three years as center on the basketball team,  started two years in football, making All-Big Eight his senior year, and being all-purpose in track all three years (shot discus, high jump), highlighted by winning the Big Eight and State high jump championships plus several shot and discus championships. Farmer went on to letter as a lineman at Ole Miss and obtained a degree in microbiology there, eventually obtaining a Ph.D. He currently serves on the faculty at Jefferson Davis Community College.

Martin was an outstanding football player at Carver from 1961-63. He started at quarterback for two seasons and was All Gulf Coast Conference both years. He then went on to Alcorn State, where he started at quarterback for three years and still remains in the top ten for school passing records. After graduating, Martin embarked on a long, distinguished career coaching high school football in Mississippi and also officiated basketball for much of that time. He passed away in 1994.

Commiskey starred in football at PHS from 1973-75. Playing center, he helped lead the Panthers to an 8-2 season in 1974 and earned both All-District and All Big-Eight honors as a senior. He went on to Ole Miss, where he lettered from 1977-1980, starting the last three years. He was selected to play in the 1981 Senior Bowl, then enjoyed an eight-year pro career, which included suiting up for the New Orleans Saints from 1986-88. Commiskey has since operated several Gulf Coast businesses and now lives in New Orleans.

McCovey was an accomplished basketball player at PHS from 1976-79. As a senior, he averaged over 20 points per game and 10 rebounds per game, and led the Panthers to a 20-win season, making All-District and All Big Eight. McCovey then played at Mississippi Gulf Coast Community College, averaging a double/double and leading the Bulldogs to the state championship in 1981. He then started two years at Arkansas College. McCovey is presently Chief Executive Officer for The United Way for Jackson and George Counties.

Moreland was a three-year starter in baseball (center field) at PHS, helping lead the Panthers to the 1983 state championship, the 1984 South Mississippi championship, and the 1985 Big Eight championship. He made All-State and All-American, and set several batting records at PHS. Moreland then went on to a successful career at both Tulane and Southern Miss, where he made All-Metro Conference. He is back in Pascagoula now and has been a teacher/coach in local school systems for 27 years.

Matthews was the head football coach at PHS from 1986-1996 (and athletic director through 2000). He is the winningest coach in Pascagoula history with a 75-51 record. His 1987 Panthers went 14-0, won the state championship, finished ranked #12 in the USA Today national poll, and are generally considered to be one of the best high school teams in the history of Mississippi. Previously, Matthews was an outstanding wide receiver at his alma mater, Ole Miss. His son, Shane, was inducted into the inaugural Pascagoula Athletic Hall of Fame Class in 2015. Matthews continued to live in Pascagoula after retirement before passing away in May of 2020. 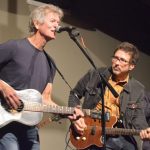 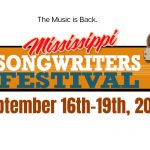