Last week, an ABC News “20/20” film crew arrived at Singing River Hospital to interview Dr. Tyler Sexton, a staff pediatrician who overcame the odds and became a doctor, despite his battle with disabling cerebral palsy.

ABC is using his inspirational story to help promote a series of their own, “The Good Doctor”, which is set to debut on Sept. 25 at 9:00 p.m.

“The Good Doctor” is about a young surgeon with autism and Savant syndrome and his struggles to overcome his disabilities, while excelling at his job in the pediatric surgical unit.

ABC will use the short segment on Pascagoula’s Dr. Sexton, and profiles on other doctors who have overcome incredible odds, as companion pieces to the new show, Singing River spokeswoman Georgia Storey said.

Dr. Sexton has had real-life struggles himself before achieving his goal of becoming a pediatrician.

Sexton was born 28 weeks premature. As a result, his lungs had collapsed. The lack of oxygen to his brain affected the lower portion of his body. After falling 4-6 times a day and undergoing 16 surgeries, the doctors prepared Sexton’s parents of the possibility of him not making it. “They said if I did survive I would be blind, physically/mentally disabled and would not be able to walk. But thank God they were wrong!”, says Sexton.

At 18 months, Sexton was not able to sit up by himself. His parents took him to to the doctor for an MRI and the results came back with a diagnosis of cerebral palsy.

We all have handicaps

Sexton’s dream of becoming a pediatrician was fueled by wanting to give hope to patients instead of worst-case scenarios. He’s a rare pediatrician who specializes in wound and burn care on the Mississippi Coast.

Sexton wears Marvel superhero t-shirts to connect with his kids and show them we’re all superheroes. “Everyone is handicapped. We all struggle with something and these kids are no different.”, says Sexton. Dr. Sexton understands these kids and what they’ve been through. “I understand how they feel. I was there where they were. I can identify with them to let them know it’s okay to laugh and cry; it’s okay to be vulnerable. It gives me a touch across the board for kids and their parents”, says Sexton.

Dr. Sexton is a super hero on his own, overcoming the prejudice of institutions of medical education in the United States.

He has always been intellectually sharp, but the prejudices behind his disability gave his advisor and other students reasons to try and hold him back.

“When I tried to go out and interview for medical schools, I applied a dozen different institutions and was rejected by all of them on the basis of my disability. They told me I’ll never become a doctor and people won’t come to me because of my cerebral palsy”, says Sexton.

He was rejected at several medical schools and thrown out of rotations with medical students, because he had a service dog. But the law was on his side, and he succeeded.

Working through with the kids and adults spurred him to write his book, “God Bless These Little Legs”, which is how an ABC producer discovered Sexton and his story.

“My disability gives me credibility. Life is 10% of what happens to you and 90% of how you react to it,” he said. “Without cerebral palsy I wouldn’t be the man who I am today.” 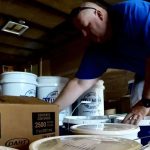 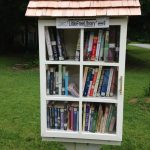