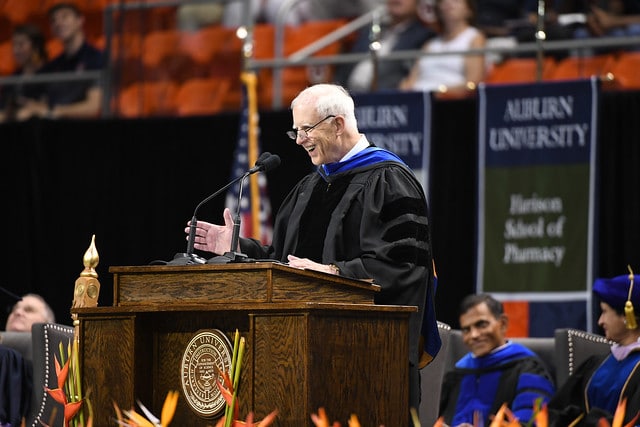 Ingwersen moved to Pascagoula from Ohio around the age of 10 and attended Beach Elementary School. He graduated from Pascagoula High School in 1966. He went to Auburn for college and now lives in Atlanta, but he is still connected with certain people in Pascagoula and attends the high school reunions when he can.

“It was a great place to grow up,” Ingwersen said about Pascagoula. “I liked all of the southern hospitality. I liked the ma’ams and the sirs and southern belles and the way things were. I’ve still got. A lot of friends there.”

He was recruited to play football at Auburn, where he met his wife and played defensive lineman and tight end for Shug Jordan’s Tigers from 1966 to 1969. He graduated with a business degree in 1970. The couple then moved to Atlanta where he earned a law degree at Emory Law School and founded two companies: Atlanta-based certified public accounting firm Gifford, Hillegass and Ingwersen and Ingwersen & Taylor law firm.

Ingwersen was induced into the Pascagoula Sports Hall of Fame in 2015. In the fall of 2016, he received the Walter Gilbert award, presented to athlete alumni who have distinguished themselves and brought credit to Auburn following graduation. Earlier this year, he was honored by the Auburn Alumni Association with an Auburn Lifetime Achievement award.

During his speech to the 1,343 summer graduates from Auburn on Aug. 3, Ingwersen spoke of the values learned at Auburn and the importance of relationships. He shared what he called “hard-won insight,” telling them not to be afraid to fail.

“Life gives you many chances to rebound,” he said. “You may never reach your potential if you don’t try. Mistakes are part of experience, and experience will lead to wisdom. Auburn has produced many great citizens, entrepreneurs and leaders, and you can be one of them.”

When trying to figure out what he was going to talk about in his speech, he just said he wanted to let them know about the things he thinks are important. During his life, he has found it essential to prioritize his family, his profession and giving back.

Looking back on his time in Pascagoula, Ingwersen said he’s happy to still have connections here and that he has reasons to come visit through reunions and the Sports Hall of Fame.

“I have a warm spot for Pascagoula and the people down there,” he said. “I have great experiences and will always keep my connection to it and the people there.” 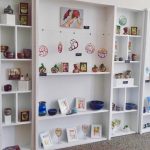 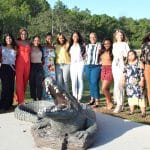