A Jackson County lawyer was honored on March 25 by being inducted into the University of Mississippi School of Law Alumni Hall of Fame.

Raymond Brown has been practicing law in Pascagoula since the 1960s after he graduated from Ole Miss and the University of Maryland in 1962. Upon graduation, Brown was able to serve as a law clerk for Supreme Court Justice Tom Clark, a rare occurrence for graduates fresh out of law school.

“I believe my induction has to do with a number of things, including my clerkship, but also serving as president of the Mississippi Bar and other positions I’ve held in my professional career,” Brown said.

Brown’s time in law school was an unusual one. After graduating with his bachelor’s degree from Ole Miss in 1958, Brown played professional football for the Baltimore Colts for three years as safety and punter helping lead the team to two NFL World Championships in 1958 and 1959. During his football career, Brown attended the University of Maryland in the fall semester and Ole Miss in the spring until 1962.

“You spend your career in a profession trying to be professional, be ethical, treat people right, do the right and things, and then when something like this comes along, you think ‘Gee, I did it right,'” Brown added. “They gave me this honor based upon what I’ve done, so I must have done it right.” 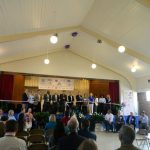 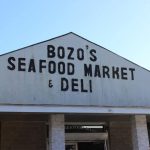