Pascagoula’s newest mayor, Dane Maxwell, is a Pascagoula native who is well-versed in politics, business and positivity. Maxwell is a 53-year-old businessman who has experience in the Marin Corps and law enforcement.

“I had wanted to join to Marine Corps and I actually wanted to make a career out of it until I got in it and I quickly realized that wasn’t for me so I did my 4 years and got out. I like to do all the crazy things you get to do in special operations but after doing them for a while, the “new” wears off and you realize that when you do get out, you’re not going to have a career in some of the things you had to do. My second passion was law enforcement because my dad had retired from the Pascagoula Police Department, so it was a natural transition coming out of the Marine Corps and into law enforcement,“ explains Maxwell.

Maxwell started a successful company with his brother in 1998 called Mississippi Security Police and went on to create many successful businesses before selling his last one in February of 2015 and retiring. Before long, Maxwell was offered a great opportunity to be part of President Trump’s campaign.

“I was on the senior staff level; I ran the state of Mississippi and then later ran what they called the SEC Strike Team which is after the Iowa Caucus. I ran the ground operations as the SEC Strike Team Leader and we began winning state after state after state. They made me the South East Political Director after we won the primary,” says Maxwell.

His time with President Trump ended in January of this year and that’s when Maxwell decided he wanted to be the change he wanted see in Pascagoula.

“We decided late last year that the timing was right and I felt real confident about my relationship with state government and my relationship with the president that it would benefit all of Pascagoula by having access to the resources that they could provide, so I decided to run for mayor,” explains Maxwell.

After 30 different campaigns, Maxwell never wanted to run for political office because of the scrutiny he and his family would have to go through.

“After I thought about it and talked with my wife about it, I felt that I was led to do that. God had put me on that path to do that and I knew it was going to be brutal and it was. You’re never going to make everybody happy and as much as I try to make everybody happy, it’s just not going to happen. For the most part, people are excited about change and they’re wanting new direction and we’re being very aggressive in it,” says Maxwell.

If there is one thing Mayor Maxwell is most passionate about, it’s positivity.

“I would describe myself as an easy-going, laid back, level-headed guy who handles stress. I hate negative anything so I don’t surround myself with negative people. I try to keep myself surrounded by positive, upbeat people and that’s one of the many reasons I wanted to run, because I wanted to challenge a change in the mindset over there,” says Maxwell

After his swearing in on July 3rd, Mayor Maxwell has hit the ground running by conducting a successful council meeting and appointing a new city manager on July 5th.

“It’s important to me to communicate well and be very transparent and change the attitudes of those people on the coast towards Pascagoula.” 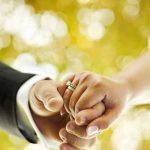 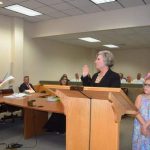