Former Pascagoula High standout James Jackson (68), now the starting center for South Alabama, leads his Jaguars into the New Orleans Bowl tonight in the Superdome in New Orleans against Western Kentucky live on ESPN. (Photo cred: Scott Donaldson/USA Athletics)
Former Pascagoula High standout James Jackson, who now starts at center for South Alabama, leads his Jaguars into the New Orleans Bowl Wednesday night in the Superdome in New Orleans against Western Kentucky. The game will be televised on ESPN.
South Alabama enjoyed its most successful season ever on the gridiron this season, registering a 10-2 mark and sharing the Sun Belt West Division title with Troy. And the improvement across the entire offensive line was a big reason for the success that the Jaguars achieved this season under head coach Kane Wommack.
Jackson, who transferred from Mississippi State prior to the start of the 2021 season, will wrap up his his second season with the Jaguars in the bowl game. In that short time, he has made a big impact on his teammates and coaches.
“He’s been unbelievable,” said Gordon Steele, offensive line coach for the Jaguars. “Coming into the system, he’s done a great job at handling the learning of it, the knowing of it, making all the calls and being a leader. I think a lot of it too is this past offseason he transformed his body. He’s a stronger, more athletic guy.”
Jackson has spent time on both the offensive and defensive lines during his days not only in Pascagoula, but in Starkville and Mobile as well, and it has proved to be quite beneficial for him.
“If I’m blocking and a defensive lineman does a certain thing, I know what to do off of it,” Jackson said. “I know what the defensive line is trying to accomplish and what the o-line is working to do. It gives me two perspectives.”
“Regardless of what side of the trenches you’re on, you need to be physical. The major change is the technique of the offensive line, like the certain way we need to step for each protection,” Jackson added. “There are also differences between run blocking and pass blocking.”
Steele can also see how Jackson’s previous experience is helping not only himself, but the whole team. “Anytime we are watching tape, he understands it a little bit differently than the other guys. He’s able to communicate with the rest of his teammates the reason why they are playing a certain way, how they are doing it and what you can expect.”
A new perception of South Alabama also helped guide Jackson back to the gulf coast to finish his collegiate career less than an hour away from his hometown. Growing up, he had always wanted to attend Mississippi State. He built a strong relationship with the coaches there and committed to play for them in the spring of his junior year of high school. But, the changes he began to see in South Alabama helped bring him back to Mobile.
“It was a decision I made based on the new staff and it was a program on the rise,” Jackson said. “They were looking to build a program and I was like, ‘Why wouldn’t I come home to come play for this team?'”
Jackson is the nephew of former Moss Point standout offensive lineman Alcender Jackson. He went on to start at LSU in the late 1990’s, followed by a short career in the NFL playing for the Dallas Cowboys and Green Bay Packers.
Moss Point’s Omni Wells, a running back, Gautier’s Shaheim Carroll, a linebacker, Resurrection High product Sam Williams, an offensive lineman and Gi’Narious Johnson a defensive lineman from Gulfport are the other players from the “Southern Six” listed on the USA roster.
(The University of South Alabama Sports Information department contributed to this story) 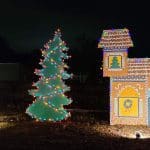 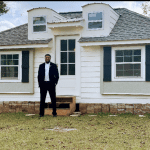