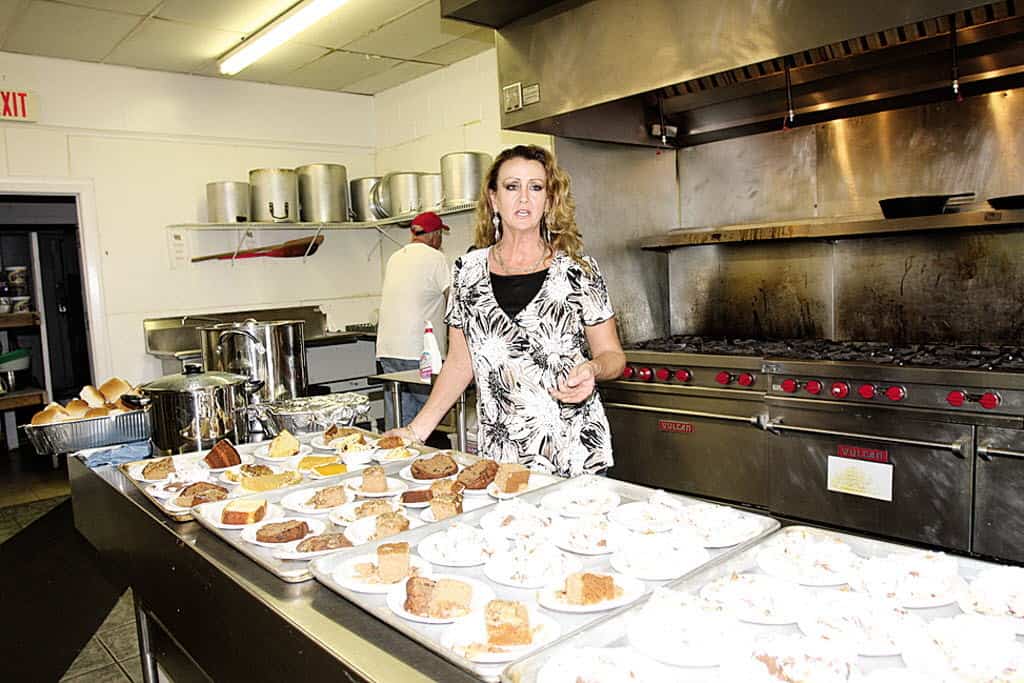 Ten years ago, Mary Meldren found herself at the doorstep of Our Daily Bread, a soup kitchen in Pascagoula, after her elderly neighbor did not receive both meals he had been signed up to have delivered.

As she watched sweat drip down the man’s bowed head, Mary found herself overcome with a notion she couldn’t explain.

“Well I  cook,” she responded.

And just like that, the man offered her a job to start as a cook the following Monday morning. She immediately drove to Imperial Palace to quit her high-paying corporate position and has spent her time at Our Daily Bread ever since.

Our Daily Bread has served the Pascagoula community as a soup kitchen for 36 years. It feeds more than 3,500 people a month (more than 4,000 a month during the summer) 7 days a week, including holidays. Meldren said the relationship with local churches, restaurants, grocery stores and youth groups across the United States and beyond has allowed for a volunteer base that keeps the organization going strong.

This community, she said, is critical to providing fresh, healthy food to residents in need within a safe environment.

“We’re a very giving place,” Meldren said. “It’s a very welcoming environment. People know they can come here and not be judged or looked down on. The human body is just hungry.”

But before she served as the director at Our Daily Bread, Meldren said many people are surprised to hear the story that landed her where she is today.

Born as Mary Dailey, she said that at four months old, after her mother and father’s divorce, her mother sold her illegally to a family in England. This is where she spent most of her younger years until her father found her and brought her back to live with him at the Sioux Bayou Fish Camp in Gautier.

“I was new to the area, and I didn’t have many friends,” she said. “So I would take some of the things from the bread truck in the neighborhood, like Twinkies, and give them to the other kids. It earned me the nickname ‘Dailey Bread.'”

Mary then spent time working in a variety of fields, including serving as a deputy sheriff and in a corporate position at Imperial Palace. During this time, she married, raised five boys, coached sports, led Boy Scout troops, and more.

It was after her youngest was in school that she found herself with more free time, and she said she would spend most of that time riding her horse. When she came across an elderly neighbor whose grass needed mowed, she asked if he needed help. But what she found was that not only did he struggle with keeping his yard mowed, but he found himself living on only peanut butter for days. She immediately went to Our Daily Bread and signed him up for their meal delivery service (which was discontinued because of funding in June 2014). The program delivered two meals per day, and when he only received one meal, she found herself at the organization’s door.

After starting as a cook, she eventually also took on the role of director. In her time there, she started a vegetable garden, used her severance check from Imperial Palace to purchase restaurant equipment and supplies, hired the U.S. Navy Seabees to paint the building, added air conditioning and more. She said the changes have dramatically changed the reputation of the organization.

“In the past, it used to be if you wanted needles, prostitutes, etc., you could go to Our Daily Bread,” Meldren said. “I worked to turn that around and took more of a holistic approach to the food, too.”

She said she’s experienced a number of ups and downs while serving the organization. For example, when the delivery services ended in 2014, the last day of deliveries occurred in stormy, dark weather. Volunteers delivered all 487 meals in the pouring rain. In addition, the building experienced major flood damage.

On the other hand, she said she’s also experienced some miracles.

“One night, a man and his wife walked into the building after a long day of cooking,” Meldren said. “The man went to the woman who had been working there that day and asked what their biggest expenses were. After they answered, he pulled out cash from his briefcase and gave it to them.”

Mary said she went into work the next morning and saw an additional gift from the man – a piano, something Mary had always hoped for. That day, she found out the man had passed away the night before.

Today, Our Daily Bread continues to serve meals to the community every day of the year. Seniors come in at 10:30 a.m., and everyone else can come starting at 11:30 a.m. Donations are needed and greatly appreciated, including non-food items such as napkins, disposable silverware, aluminum foil, 39-gallon garbage bags, dish soap and more. Call 228-769-7510 for more information.

Even after her 10 years with the organization, Meldren said there’s nowhere else she’d rather be.

“What else is there to do but to praise God and give back to Him what He gives to you,” she said. “I’m extremely honored to still be here.” 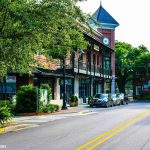 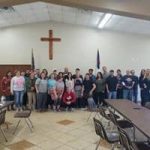