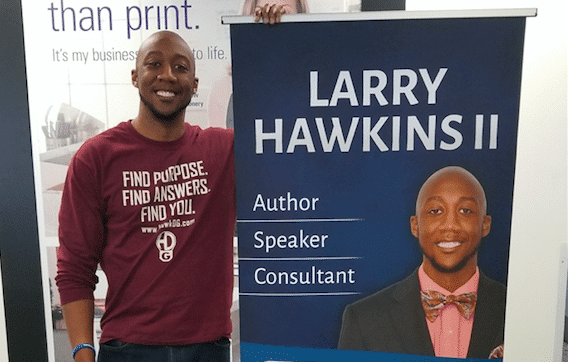 Larry Hawkins II is passionate about his purpose in life. A purpose centered not on him, but on others.

The pursuit of purpose brought Larry to Pascagoula, Mississippi. Not his own pursuit — but his father’s. Larry Hawkins Sr. had followed his calling to become head pastor of Union Baptist Church. Just like that, Larry’s parents made Pascagoula their home with a one-year-old son. The Union Baptist Church family quickly embraced them, and he became known as “Little Larry”.

“Pascagoula is ingrained in who I am as a person,” Larry Hawkins II says, “I am a product of the Pascagoula School District. I’m also a product of Bethel Christian Academy’s after school care and the Andrew Johnson Boys and Girls Club. My childhood was filled with little league baseball and basketball, trips to Anderson’s Bakery, and burgers from Mr. Jack’s burger spot behind Trent Lott Middle School. The southern hospitality of holding doors open for other people, saying ‘yes ma’am’ and ‘no sir’, and looking out for your neighbor were all taught to me by my hometown.”

These moments described by Larry helped prepare him for his journey toward adulthood when he left home at sixteen. His decision to attend the Mississippi School for Math and Science (MSMS) was hard for several reasons — the main one being that he would have to leave the place he’d called home for fifteen years. From attending MSMS and graduating from Mississippi State University with an Electrical Engineering degree, to moving with his wife to Austin, TX, Larry felt he was getting further and further away from home.

It was during this journey that Larry discovered his purpose. In 2014, his passion for helping others manifested into a full-time business: Hawkins Development Group. The business takes him further from home as he travels the world, inspiring others to find their own purpose. However, from the first moment he stood before a group of people, he knew that he had found his home away from home. After helping nearly 3,000 people, Larry’s faith in his mission has only grown.

In January of 2018, Larry published his first book: 5 Principles to a Purposeful Life. He wrote it to capture what he’d learned throughout his journey in a way that would inspire others to find their own versions of success. The book includes key components for the pursuit of purpose that he discovered over years of helping others. He also captured moments from lessons he learned watching his dad lead the church, his mom nurture children in Pascagoula, and playing in little league basketball. As he wrote this book, Larry realized just how much Pascagoula had traveled with him everywhere life had taken him.

Larry Hawkins II wrote “5 Principles to a Purposeful Life” in four days, but the journey to that moment started 30 years ago when he was given the privilege of calling Pascagoula his home. Learn more about Larry and Hawkins Development Group at www.HawkDG.com. To order a copy of “5 Principles to a Purposeful Life,” visit www.HawkDG.com/store or www.amazon.com. 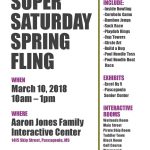 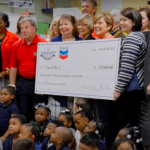