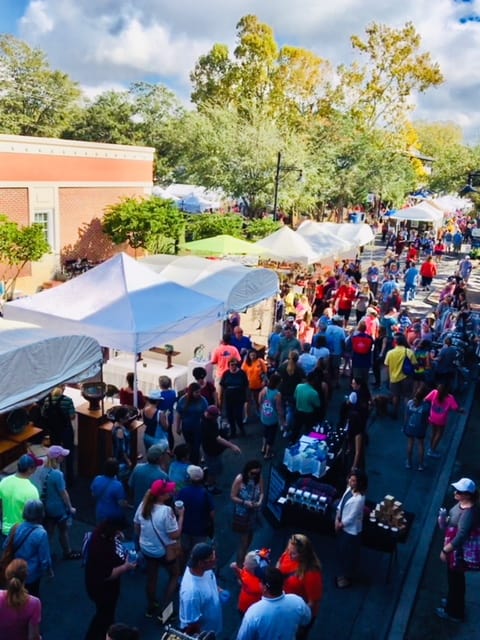 The 39th annual Peter Anderson Arts and Crafts Festival is coming to a close, as today marks the last day for all of the vendors and festival attendees. Over 40,000 were expected to attend the festival to check out the arts in all forms.

Five hundred vendors were set up along the streets of downtown Ocean Springs. From local pottery and jewelry makers to arts and crafts, there are a bountiful range of interesting finds at the festival. Many of the vendors traveled from places like Louisiana and Texas to sell their specialty products. Michael’s Pickles is one of the busier non-local booths with their homemade jellies and candied pickles coming all the way from Folsom, Louisiana. “We’ve enjoyed sharing our products with the people of Ocean Springs”, says a representative of the small business.

A lot of Jackson County’s own local shops and businesses were set up as well. The Walter Anderson Museum of Art has had a booth for as long as the festival has existed. The art history behind the Anderson family is the reason for the founding of the museum and festival. According to WAMA, Peter Anderson had a love for pottery that was considered both functional, and artistic.

Deadwood Studio’s featured pieces of their driftwood is another big-hit amongst the crowd. Steve Lankford says, “I’m not really sure on how I plan on using it, but I think it can serve as a cool piece for a hummingbird feeder.”

The festival brings people and their love for art, music and food together, while being able to give back to the city of Ocean Springs. “It’s really all about shopping locally and being outside, walking the streets of downtown”, says Heidi Borque of Ocean Springs. “I love when I find an interesting piece from a shop right here within the community”, she said. 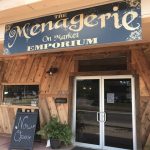 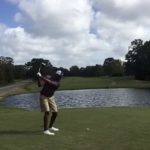