December 2, 2022: Picayune players celebrate a victory over West Point for the state championship in class 5A during the MHSAA class 6A state championship game at M.M. Roberts Stadium, Hattiesburg, Mississippi. Photo: Bobby McDuffie/228 Sports
Picayune added yet another chapter to its long and storied history book on the football field Friday night.
The Maroon Tide rallied from an early 11-point deficit to pull out a 31-21 win over West Point in the Class 5A state championship game before a crowd of 12,000 at M.M. Roberts Stadium on the campus of the University of Southern Mississippi. The win was a school record 26th straight for Picayune, which finished the season at a perfect 15-0 for the first time in school history as well.
It also marks the first-ever back-to-back state championships for Picayune as well. Picayune has now won five state championships since the statewide playoff system was implemented in 1981.
“I’m proud to be from Picayune, I love this place so much,” third-year Maroon Tide head coach Cody Stogner said. Stogner was a standout lineman for Picayune during his playing days.
“This is such a great accomplishment for us,” he added. “I couldn’t be more proud of this group of players.”
The Green Wave were playing in their seventh consecutive Class 5A championship game, but had lost the last three and finished the season at 11-3.
Dante Dowdell ran for 191 yards and three touchdowns for the Maroon Tide in the winning effort. He was named the Most Valuable Player of the game.
West Point ran only 10 plays in the first half but took a 14-9 lead into halftime thanks to a pair of long scoring passes by quarterback Quenterion Tillman Evans.
Dante Dowdell’s second rushing touchdown of the game, this one from 26-yards out on Picayune’s first possession of the second half, put the Maroon Tide back on top 17-14. Dowdell, an Oregon commit, pulled the Maroon Tide within the halftime deficit with a 3-yard scoring dash late in the second stanza.
Minutes later, Picayune quarterback Brady Robertson flipped a short swing pass out to wingback Darrell Smith on a third and 10 situation with the Maroon Tide at their own 20. Smith eventually wound his way through the Green Wave defense for an 80-yard scoring pass to put Picayune up 24-14 with 1:15 left in the third frame.
West Point cut into the deficit on the first play of the fourth quarter as Kahnen Daniels scored on an 8-yard run to make it 24-21.
But Dowdell countered. The Class 5A Mr. Football followed with a 36-yard scoring scamper to push the lead to the final margin at 31-21 with eight minutes to play.
The meeting was the third in the Class 5A state championship game in the past four seasons between these two teams. The Green Wave won in 2019 and the Maroon Tide won last year. West Jones beat WPHS in the 2020 title game.
The Class 5A state championship game was the final one of three title tilts contested on Friday.
Suntarine Perkins, recently named Mr. Football in Class 3A, led Raleigh to an exciting 55-52 win over perennial state power Noxubee County in the first game of the day. It marks the Lions’ (14-1) first state title in school history.
Perkins, an Ole Miss commitment, was outstanding in the winning effort carrying the ball 32 times for 334 yards and four touchdowns. He also scored four 2-point conversions and had a big interception at a key point on defense as well. He was named the most valuable player in the game.
Kamario Taylor finished completed 14-of-24 for 282 yards and five touchdowns to lead Noxubee County. Anthony Little had seven catches for 134 yards with four touchdowns for the Tigers (10-5).
The Class 1A game followed, and Bay Springs shut out McEvans 22-0 to defend its title and claim back-to-back crowns.
It marks the Bulldogs’ (14-1) second state title in school history.
It’s the 24th time a team was shut out in a title game and first time since 2020 when Taylorsville white-washed Calhoun City.
Mississippi State commit Ty Jones ran for 133 yards on 16 carries in the winning effort with two touchdowns and was named the game’s most valuable player. He was also recently selected as the Class 1A Mr. Football in the state.
McEvans finished the season 13-2. It was the first ever trip to the state finals for the Warriors, who have only been a school since 2020. It was formerly Shaw High.
Bay Springs was an opponent of Resurrection in Region 4-1A this season. The Bulldogs beat the Eagles 48-7 in mid-October.
There will be three more games on Saturday. 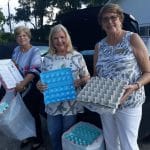 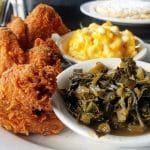