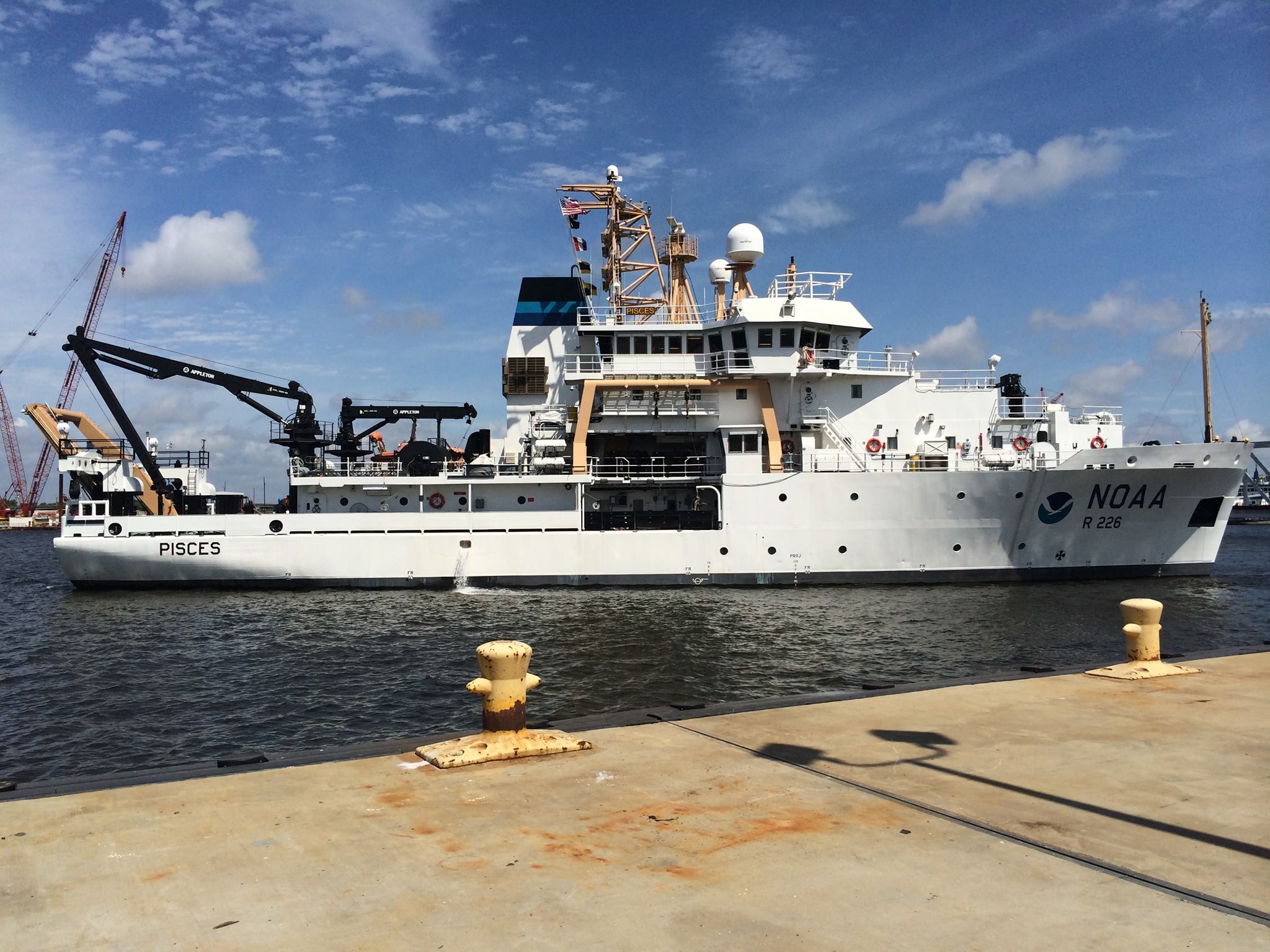 NOAA ship Pisces, a fisheries research vessel home ported in Pascagoula, has been named the 2018 Ship of the Year by NOAA’s Office of Marine and Aviation Operations. “This is a big honor, and it is based on a lot of factors, including the number of days at sea, execution rate of the vessel, safety items, and customer service, among other things” said Commander Nicholas Chrobak, commanding officer of the Pisces. 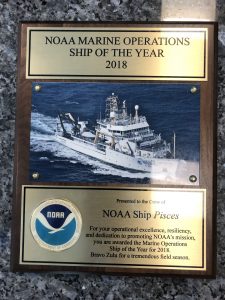 “For Pisces, it was a banner year,” he said. “We ended up sailing the most sea days in the fleet this year. We also had the highest execution rate, 98.6%, which means we just about hit all of our sea days.” The high honor speaks volumes about the vessel’s crew, he said.

“A lot of hurdles come along with sailing every year — mechanical breakdowns and staffing issues that pop up here and there,” Chrobak said. “This just shows the crew’s dedication and shows they are really buying into what we’re doing and making sure the ship is constantly moving in the right direction.” Pisces was commissioned in 2009 after being built locally by VT Halter Marine, and it is one of NOAA’s 16 fisheries research platforms.

“It’s designed to meet a variety of the data collection needs of NOAA across the country,” Chrobak said.  “Mainly for Pisces, that includes missions like trawling, acoustic surveys, and many other oceanographic operations.”nThe research vessel is usually in the Gulf of Mexico and southeast United States, with occasional trips to the northeast.

Being home ported in Pascagoula gives the vessel a strategic advantage. “It is kind of centralized for us, and it is nice to be right here by the lab,” Chrobak said. “It also allows for easy communication because the guys can come down to the ship and we can walk up here to the lab. It works great for us.” Matt Campbell, who works in the Mississippi lab doing video surveys, said the primary item the lab is collecting data on is catch rates or observation rates of fish. “Basically, what we are doing with that is building relative abundance indexes,” he said, which helps create a trajectory of a population in any given year.

“In the Gulf, what we are talking about in general are snapper and grouper,” he said. “All of that information is rolled up and provided to our assessment scientists in Miami. They are using this to estimate how much fish is out there of certain species and trying to set some kind of management limits.” Pisces is also important in providing habitat information, Campbell said.

“We want to understand where reef are located,” he said. “We want to understand how the fish are interacting across that habitat. Pisces is the only ship we have here in port that has that capacity. For us it’s really critical. About 50% of our time, we are mapping.” Chrobak said he feels good about the Pascagoula community’s support of NOAA and Pisces. “I feel like the folks who I run into who know what I do really support what we do and NOAA’s mission,” he said. “I really think they understand the mission to maintain and support and build sustainable fisheries.”

This is the first time Pisces has won an award for its work.

“I would brag about everybody on the crew,” Chrobak said. “It’s a lot of hard work. A lot of folks would be surprised at how much work it takes to get that kind of execution rate.” 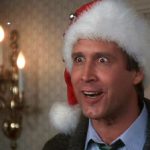 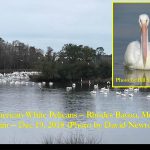