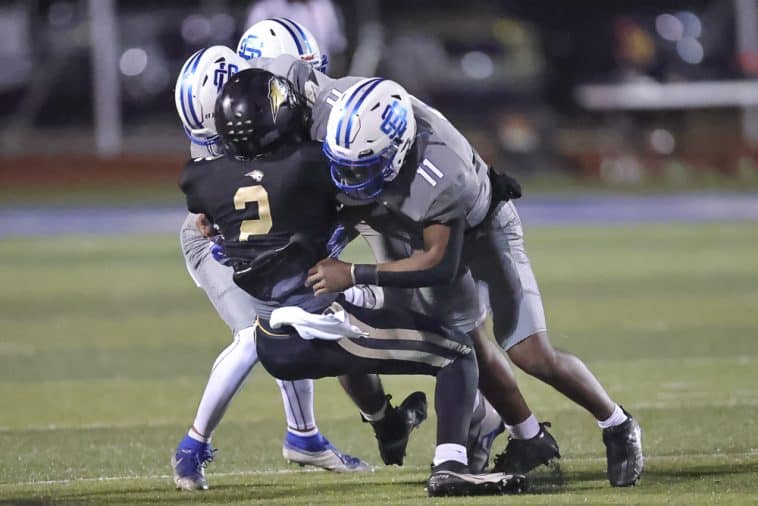 Several streaks continued Friday night in the Mississippi prep football state playoffs, while other seasons came to a sudden end as well.

In Class 6A, Ocean Springs moved to 11-0 for the second consecutive season, as the home-standing Greyhounds knocked off Northwest Rankin  49-21.

Ocean Springs jumped out to a 35-14 halftime lead, as Bray Hubbard threw for two scores and ran for another in the first half. The two-time Mr. Football in Class 6A ran 37 yards for a score in the first frame, then in the second stanza he hit J.P. Coulter on a 37-yard wheel route for a score and also hooked up with Isiah Sinclair for a 33-yard scoring strike. Coulter and Will Gray each added short scoring runs to wrap up the Greyhound scoring in the first half.

Hubbard also had a pair of interceptions to thwart potential Northwest Ranking scoring drives by the Cougars in the second quarter. He then added a short scoring run on the first OSHS possession of the third quarter to make it 42-14 and put the game out of reach. Gray’s second short scoring run of the contest ended the OSHS scoring.

Northwest Rankin quarterback Wes White, who has Jackson County ties, tossed a pair of touchdown tosses in the first half to keep the Cougars in the game at one point at 28-14. White’s father Jeff was a standout quarterback at Vancleave High school and he went on to play at Belhaven also.

Ocean Springs will host Oak Grove next week in a rematch from last season.

Also, Warren Central came down to Gulfport and washed the Admirals away 38-3.

In Class 5A, Picayune won its 23rd straight game stopping visiting Laurel 24-9. The win marked the Maroon Tide’s fourth straight over the Golden Tornadoes in the Class 5A South State playoffs.

Also, Gautier fell behind visiting Wayne County quickly 13-0, but rallied for a 31-13 halftime advantage and went on to a 38-21 win. It marked the first win ever on the field in six games for the Gators over the War Eagles.

Kaden Irving threw for three touchdowns in the first half and ran for another to guide the Gautier comeback. Maurice Gregory also was perfect on four extra-point attempts and added a 35-yard field goal just before halftime.

After WCHS cut the deficit to 31-21 in the third frame, Irving added a 2-yard sneak to push the lead to the final 38-21 margin.

West Jones continued its mastery over East Central with a 38-0 thumping of the Hornets. The Hornets are now 0-6 all-time against the Mustangs.

Also, in the first-ever meeting between the two teams on the football field, Vancleave senior standout John Peterson ran for over 300 yards and six touchdowns and the Bulldogs upset the home-standing Tigers 41-35. Vancleave is the fourth seed from Region 4-5A and Hattiesburg won Region 3-5A.

Gautier will face Vancleave and Picayune will meet West Jones next week.

Poplarville jumped out to a commanding 35-7 halftime lead and cruised to a 49-14 win over Newton County.

And in Class 1A, Hamilton remained unbeaten at 12-0 with a 31-10 win over Resurrection. 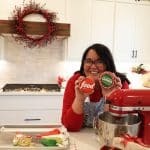 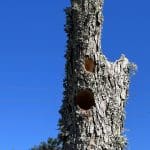