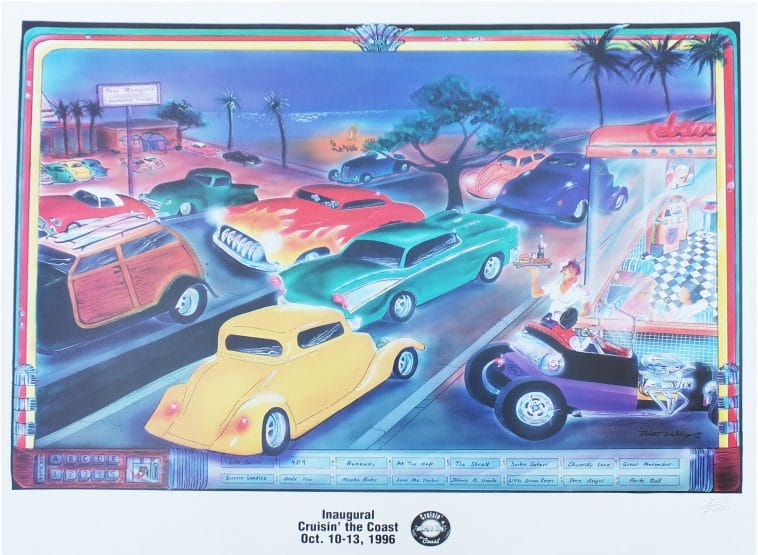 Cruisin’ the Coast will be held October 3-10, 2021. Once again, the Mississippi classic car show has been voted the best car show in the nation by USA Today. Another element that makes this year special is that the event is planning to be bigger and better than ever before as it’s the 25th anniversary!

What started out to be a total of about 350 classic cars in 1996 has grown to nearly 8,000 registered vehicles plus the thousands of classic trucks and cars cruising the Mississippi coast simply to enjoy the festivities. Everything is fun about the “Largest Block Party in America,” including the posters.

I wanted to share a few Cruisin’ the Coast posters from my collection. The first Cruisin’ the Coast was back in October of 1996. That year’s poster depicts classic cars and trucks lining both sides of the streets, a prediction that has come true on Beach Boulevard in Biloxi. There are several palm trees and a 1950s theme with the border of the picture representing a jukebox. Even from the beginning, the organizers knew music would be a big part of the annual event. 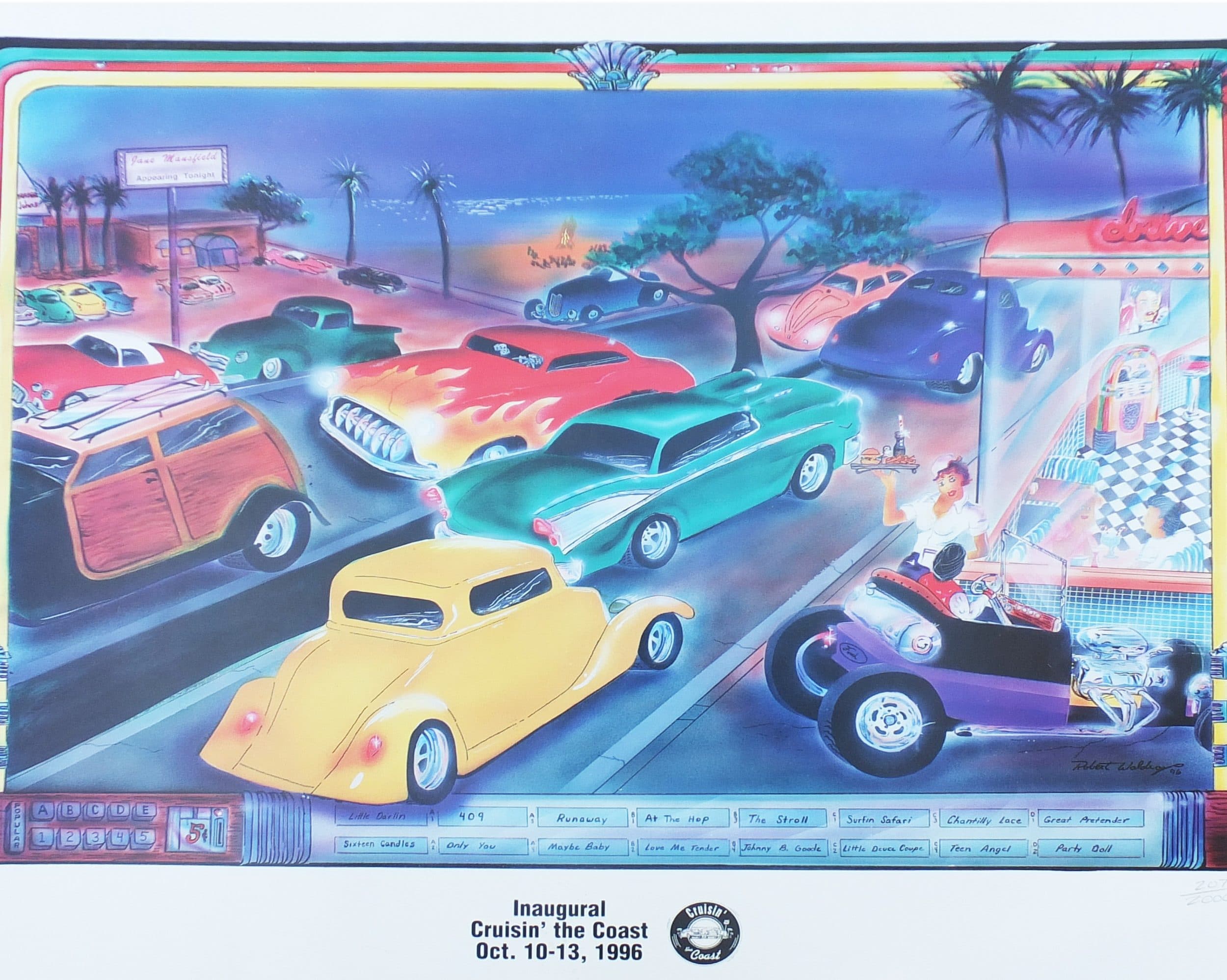 The poster shown is by the artist Robert Waldrop, number 207 of the 2,000 originally printed.

The poster from the second year, 1997, is rare to see. It’s relatively simple, depicting three classic vehicles set on an outlined image of the state. There are sketched smaller details that are drawn to represent events and landmarks on the coast. Like 1996, music is again introduced within the border. The poster states that only 100 originals were signed by artist Jody Barrilleaux. The one shown below is number 67 of 100. 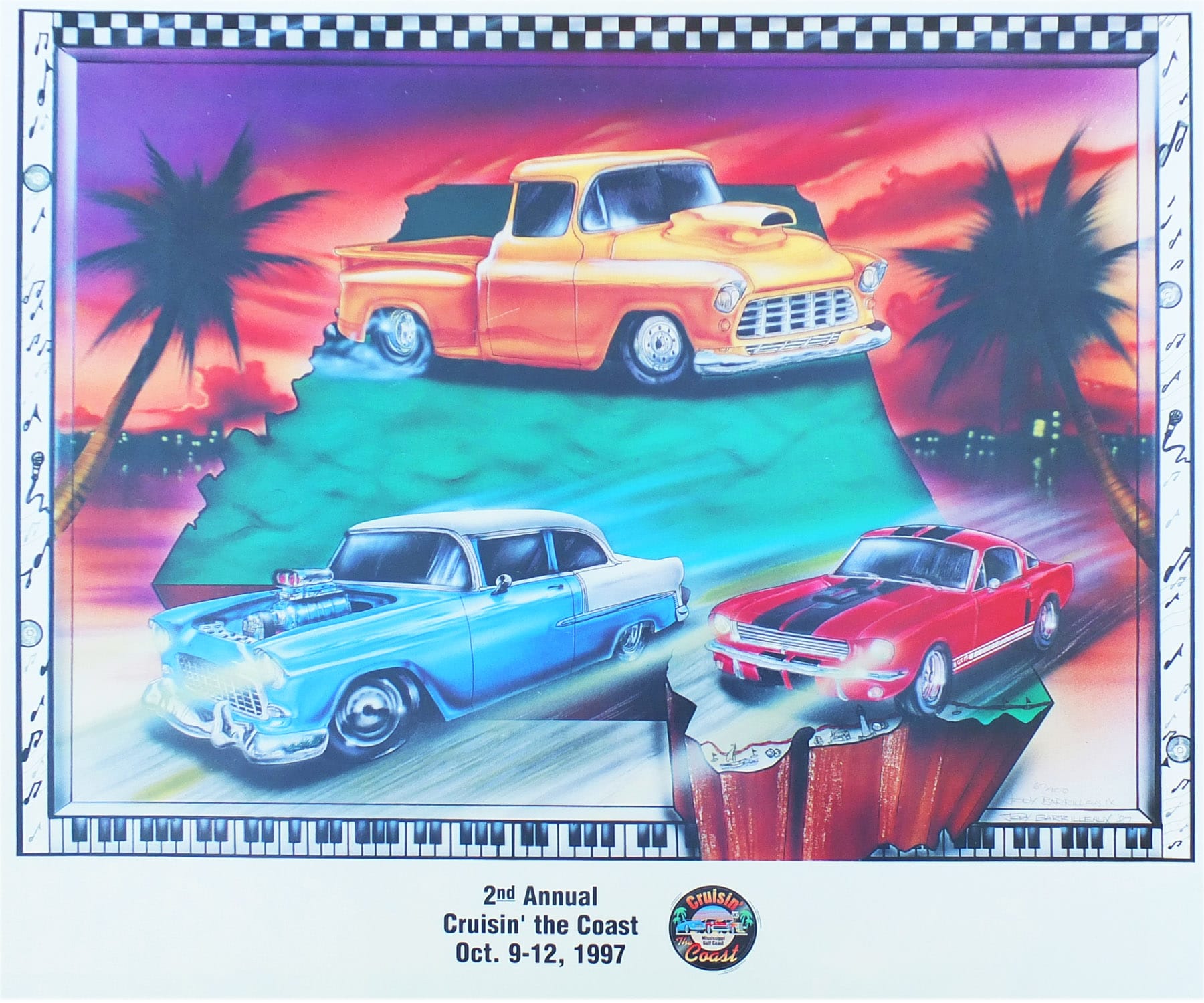 These posters are so fun to look back at as no one could have ever imagined the size of the event today and how many people would look forward to Cruisin’ the Coast each year. I have shared several more Cruisin’ the Coast posters from the early years below. What’s your favorite? Tell us in the comments, on Facebook, or on Instagram.

As always, keep on Cruisin’… 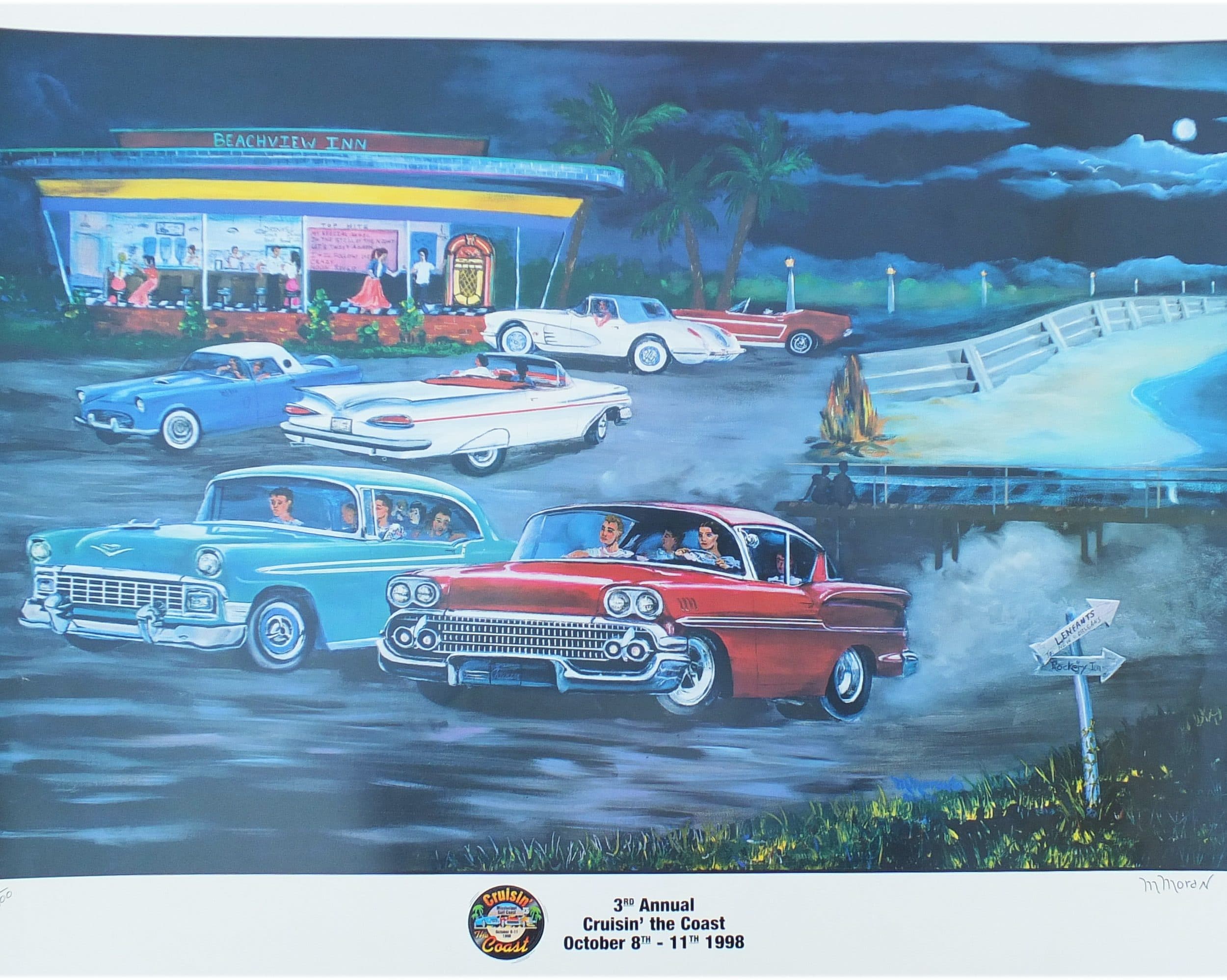