Rosters for the prestigious Alabama/Mississippi All-Star Basketball Classic Games have been announced by the Mississippi High School Activities Association and the “Southern Six” will be well represented in both contests.

The 33rd annual affair, which features the top seniors in each state, will be played on Saturday, March 11th in Mobile, Alabama.

Locally, four players from our coverage area of the “Southern Six” were selected for each contest, and Biloxi and Gulfport combined to supply six of the eight.

Lady Indian Shaneal Corpuz and Hancock’s Jenna Garriga were picked for the girls’ game, as was the Gulfport duo of twin sisters Micah O’Dell and Madison O’Dell.

The girls’ game will tip off at Noon followed by the boys’ game at 2 p.m. Alabama leads the girls all-star series, 18-14, while Alabama’s boys lead 17-15. Alabama won last year’s girls game 89-81 as well as the boys’ game 96-89. Those games were played at the A. E. Wood Coliseum on the campus of Mississippi College in Clinton, Mississippi. The Alabama boys have won three out of the past four games while their female counterparts have won five straight over their Magnolia State rivals.

Here are the complete rosters for both 2023 games:

Corpuz and Garriga along with some of the other top performers as well as teams from the “Southern 6” will be in action on Saturday.

The inaugural Mississippi/Alabama Challenge is set for Saturday at Biloxi High School.
The seven-game, all-girls event features seven teams from the “Southern 6” as well as seven more from South Alabama and action tips off at the Biloxi High Sports Arena at 11 a.m.
Hancock faces McGill-Toolen (Mobile) in the opening game, followed by West Harrison vs. Fairhope at 12:15 p.m. D’Iberville vs. Williamson (Mobile) at 1:30 proceeds Pascagoula vs. Davidson (Mobile) at 2:45 p.m.
The Ocean SpringsLady Greyhounds face Gulf Shores at 4, followed by Moss Point and Theodore at 5:15. The host Biloxi Lady Indians then take on Daphne in the final game scheduled for 6:30.
The event is already scheduled to be played in Gulf Shores next year. 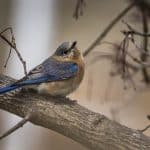 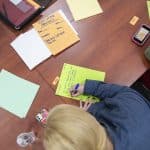