West Harrison and Gautier were among the schools in the “Southern Six” to get off to successful starts on both sides of the basketball recently in region action.

Both the Hurricanes and Lady Hurricanes from WHHS tipped off Region 7-5A play with wins over Long Beach Friday.

Freshman guard Sydnei Barber helped pace the WHHS girls to a 48-43 win over the Lady Bearcats as she poured in a game-high 26 points and also grabbed five rebounds along with three steals.

The Hurricanes blew by the Bearcats 61-40.

Homestanding Gautier also got a double dose of wins as well in its Region 8-5A openers, as the Gators knocked off East Central 64-24 and the Lady Gators smacked the Lady Hornets 65-14.

Tuesday night, George County travels to Gautier for a pair of games that will decide the early leaders in the region races after GCHS swept Vancleave on the road Friday night in its league openers as well.

Meanwhile, elsewhere on Friday night arch-rivals Picayune and Pearl River Central split a pair of games to open Region 7-5A play. The Lady Blue Devils beat the Lady Tide 51-26, as Hannah Mitchell scored a game-high 17 points to move PRC to 12-5 overall on the year while Raziyah Brown had 12 points for Picayune.

The Maroon Tide beat the Blue Devils 70-41, as Picayune’s Troy Carter had a game-high 22 points and Dakieth Quinn chipped in 20 points to the winning cause. Payton Cardona paced PRC with 18 points.

Those results set up tonight’s early battle for the top spot in the boys’ race in the region as West Harrison hosts Picayune in a pair of varsity games.

Also Tuesday night, Pascagoula hosts Ocean Springs in a pair of games in Region 7-6A, while Gulfport hosts Hancock in two contests in Region 8-6A action. Also, Long Beach hosts St. Martin in a pair of varsity games.

“The Starting 5 in the Southern 6”

Week two of our “Starting 5 in the Southern 6” presented by 228 Sports.com will each week throughout the rest of the prep basketball season highlight five individual performances from the following week as well as five upcoming games that week in our area to keep an eye on. 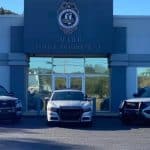 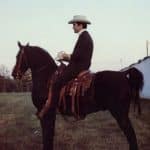