The inaugural Mississippi/Alabama Challenge is set for Saturday at Biloxi High School.

The seven-game, all-girls event features seven teams from the “Southern 6” as well as seven more from South Alabama, and action tips off at the Biloxi High Sports Arena at 11 a.m.

Hancock faces McGill-Toolen (Mobile) in the opening game, followed by West Harrison vs. Fairhope at 12:15 p.m. D’Iberville vs. Williamson (Mobile) at 1:30 precedes Pascagoula vs. Davidson (Mobile) at 2:45 p.m.

The Ocean Springs Lady Greyhounds face Gulf Shores at 4, followed by Moss Point and Theodore at 5:15. The host Biloxi Lady Indians then take on Daphne in the final game scheduled for 6:30.

The event is already scheduled to be played in Gulf Shores next year.

Homestanding Pascagoula split a pair of games with Ocean Springs in Region 7-6A action Tuesday night, while visiting George County managed a split on the road at Gautier in Region 8-5A play at the same time.

In Pascagoula, the Panthers moved to 2-0 in league play with a 71-52 decision in a battle for the top spot in the standings.

Dorrian McMillan paced the Panthers with 19 points while Kelan Rich added 13 points and Chris North chipped in 11 points to the winning effort. The Greyhounds, who dropped to 2-1 in the region race with the loss, got 13 points from Elijah Isom and 10 points from Tyler Williams while Maddox Noblitt scored nine points.

In the girls’ game, the Lady Greyhounds moved to 2-1 in region play with their second straight league win with a 46-37 victory over Pascagoula. The Lady Panthers fell to 0-2 in league play.

Meanwhile, in Gautier, the George County boys picked up a huge win over the two-time defending region champ Gators in a 42-28 win. The game was tied at 15-15 in a defensive struggle at the half, but the Rebels put the game away out-scoring Gautier 10-1 in the fourth frame.

Tyler Henry led GCHS with 13 points while Deuce Knight chipped in 12 points to the winning cause, and Quincy Robers guided the Gators with 13 points including three-for-three on 3-pointers. The Rebels are now 2-0 and alone in first place in the region race, while GHS stands 1-1.

The Lady Gators took over sole possession of the top spot in the region standings with their second consecutive blowout in league play as they registered a 61-22 decision over GCHS.

Gautier jumped out to a quick 17-4 lead after the first quarter and never looked back, even going on to lead 52-13 at the end of the third frame.

Brandi Martin tallied a game-high 15 points for Gautier, while Kamrie Walker added 13 points and Aaliyah McSwain 10 points to the winning total. Haley Stringer topped the Lady Rebels with 11 points, as they dropped to 1-1 in the region race.

The Gulfport Lady Admirals handed Hancock its first loss on the season Tuesday night with a 49-37 decision after the Lady Hawks had started the season at 20-0. That leaves the Lady Hawks at 2-1 in league play.

The Gulfport boys beat the Hawks 55-39, in what was the opening region game for both GHS teams. The Admirals improved to 18-3 overall, as Matt Krass finished with 14 points, Kylan Howze added 10 and both Jylan Howze and Kamari Mitchell had eight points apiece in the win.

Gulfport will host arch-rival Biloxi in a pair of varsity games Friday night in Region 8-6A play. 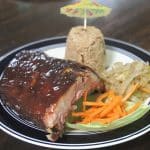