Although the prestigious Admiral Hardwood Club Christmas Classic and the big 20-team two-day all-girls event at Biloxi are both taking place this week, there are also several other prep basketball tournaments taking place in the “Southern Six” this week as well.

The annual Bay High Christmas Tournament as well as a new holiday event at Pearl River Central High are both two-day affairs and will take place on Wednesday and Thursday.
In the Bay at the Tigerdome, The Bay High Christmas Shootout involves 12 teams, six boys and six girls squads, with most of the teams coming out of the “Southern Six”.

On Wednesday, the Long Beach and Bay High girls get things started at 10:30 a.m., followed by the Bay High boys and the Bearcats of LBHS at Noon.
At 1:30, the Pass Christian girls take on Raymond High, and that game is followed by the Gautier boys facing Parklane Academy at 3.
The Ocean Springs Greyhound then take on the PCHS Pirates at 4:30, and the final game of the day pits the Gautier girls against Parklane.

On Thursday, the host Bay High boys take on Gautier at 10:30, followed by three consecutive girls’ games beginning with the host Lady Tigers facing Parklane at Noon.
The Gautier girls take on PCHS at 1:30, and then Long Beach faces Raymond at 3 in the final girls’ game of the tourney.
The Christmas Shootout concludes with a pair of buoys contests, as OSHS takes on Parklane at 4:30 and LBHS meets PCHS at 6.

In Carriere on Wednesday, the St. Martin girls meet Poplarville at 1 p.m., followed by the boys’ teams from the same two schools at 2:30. At 4 p.m., the host PRC girls meet Stone and then the Blue Devils and Tomcats face off at 5:30 to wrap up the first day of action.

On Thursday, the Stone and Poplarville girls meet at 1 to tip things off, followed by the Tomcats and Hornets at 2:30. Play concludes with PRC and SMHS meeting in the final two games, with the girls playing at 4 and the boys scheduled for 5:30.

Meanwhile, the D’Iberville boys are competing in the annual Hattiesburg Coca-Cola Holiday Classic this week. The Warriors meet Brandon at 10:30 on Wednesday morning and then are also assured of games on Thursday and Friday against opponents to be determined.

The Gulfport girls are competing in one of the top prep basketball events annually in the state this week. The Jackson Public Schools Holiday Showcase is a three-day event that takes place at three different sites.
The Lady Admirals were slated to take on Holmes County Central at Noon Monday at Forrest Hill High, and Jackson Murrah at 10:30 Tuesday morning at the same venue. Gulfport is slated to wrap up play on Wednesday taking on home-standing Jackson Lanier at 1:30 Wednesday afternoon.

In Soso this week, the St. Patrick boys are playing in the South Jones Holiday Tournament. The Fighting Irish are slated to face the host team Braves at 6:30 Thursday night, and then will play Friday as well against either North Forrest or Petal. 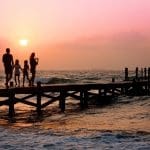 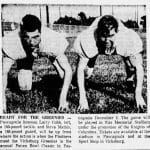