Several prep hoops events take place this weekend that involve quite a few boys and girls teams in the “Southern Six”.

A pair of those gatherings are two-day events, including the annual Jackie Laird Classic in Biloxi which is an all-boys tourney.

Play tips today, as Picayune and West Point face off at 4:30 p.m., in a rematch of the recent Class 5A state football championship game. Gulfport meets Oak Grove at 6 p.m., and then the host team Biloxi Indians face Vigor High of Pritchard, Ala., at 7:30.

On Saturday, play begins at Noon as Vigor and Oak Grove meet, followed by Hancock against Forrest County AHS at 1:30. Gulfport and West Point meet at 3 p.m., followed by Picayune vs. Saraland (Ala.) at 4:30 and the event closes out with Biloxi vs. Davidson High of Mobile at 6.

The other two-day event takes place in North Mississippi as Tupelo High hosts its 2022 Christmas Tournament and the field includes both the West Harrison boys and girls as well as the Biloxi girls.

For the WHHS boys, the trip is a return home for Hurricanes head coach Jeff Norwood who is a Tupelo native and former prep All-American for the Golden Wave hoops team.

Norwood is in his second year as the WHHS head coach, coming to the coast from Tupelo High where he coached his alma mater for nine seasons and was an impressive 181-76 at Tupelo and guided the Golden Wave to the 6A semifinals three times.

Norwood previously worked as an assistant for William Carey, Southern Miss, and Mississippi State, where he was a starting guard for several seasons back in the mid-1980’s. Norwood served as the interim head coach at USM when James Green resigned in March of 2004 with one game remaining on the regular season slate.

Norwood averaged 6.1 points during his MSU career and is eighth on the Bulldogs’ career assist list with 245. He also was a three-year letterman at Mississippi State from 1984-86.

The Biloxi girls got things started in Tupelo at 1 p.m., Friday afternoon facing Saltillo. Norwood and his Hurricanes then faced Saltillo as well at 2:30, followed by the WHHS girls vs. Jackson Provine at 4.

The WHHS girls, who are coached by Norwood’s wife Patty, face Shannon High Saturday morning at 9 a.m., followed by the WHHS boys vs. Potts Camp at 10:15. The Lady Indians of Biloxi then face the host Tupelo team at 7 p.m., Saturday night.

This marks the second straight weekend that a pair of girls’ teams from Harrison County have traveled up to that way to the Mississippi Hills area to compete in big prep hoops tourneys.

Last weekend both the Biloxi Lady Indians and Gulfport girls were a part of the “Tangle on the Trail” event at Pontotoc High, and the Gulf Coast duo was featured in the primetime match-ups. Biloxi beat Neshoba Central in exciting fashion 40-37, as Lady Indian Shanel Corpuz was named the MVP of that game as she tallied a game-high 28 points, pulled down eight rebounds picked off three steals, and dished out a trio of assists as well in an impressive performance.

Saturday’s nightcap will wrap up a busy week for the Lady Yellow Jackets, as they will have played four games in a six-day span at that point. St. Martin junior guard Jahzariah Allen registered a double-double Tuesday night in a 65-36 win over Picayune posting 12 points to go along with 11 assists. The SMHS girls of head coach Jason Kennedy also beat Jackson County rival Vancleave 68-21 Thursday night, but fell to Pass Christian 42-25 Monday night.

The annual War on the Shore is set for St. Stanislaus on Saturday at Brother Peter Gymnasium. Play tips at Noon with the Long Beach girls facing Bay High, followed by the host Rock-a-chaws meeting the Bay High Tigers at 1:15 and then play wraps up with the Pass Christian boys taking on Long Beach at 2:30. 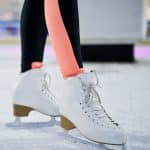 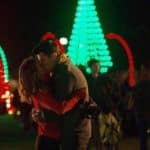