There was a veritable plethora of prep basketball action toward the end of last week as many schools transitioned into the Christmas break.

In boys’ action, beginning on Thursday night, St. Martin knocked off Vancleave 61-53 in a battle of Jackson County rivals.

St. Martin, under the direction of veteran head coach Charlie Pavlus, is now 11-4 on the season and the Yellow Jackets are off until Dec. 28th at the Pearl River Central Christmas Tourney.

The host team Biloxi Indians beat Vigor High out of the Mobile, Ala., area 68-37.

In other action Friday night, Pascagoula held off a scrappy Hancock squad at home 44-40, as  Dorian McMillian had 10 points, Kelan Rich had 9 points 4 rebounds and 5 assists, and Jahiem Fornett had 9 points.

Moss Point opened Region 8-4A play with a big 44-38 win over Greene County at home.

On Saturday, The Gulfport Admirals won their side of the bracket at the Laird tourney by defeating West Point 78-57 and improving to 13-2 overall in the process. Kamari Mitchell led the Admirals with 18 points, Keanu Patrick added 14 and Amir Abdul-Rauf had 12. The Admirals travel to Petal on Tuesday

George County was coming off a  71-23 win over Perry Central earlier in the week, as Deuce Knight scored a game-high 19 points, Marlin Odom had 10 points and Hunter Barber added 9 points for the Rebels.

Ocean Springs beat Long Beach 73-41 in the War on the Shore at St. Stanislaus and it was Picayune 67, Saraland 63 in Biloxi at the Laird Invitational.

On Saturday, the Lady Jackets picked up a win over Magee 52-42 at the MGCCC Invitational in Perkinston. Morrow was selected as game MVP as she scored 16 points, while Jay Robinson, Mya Johnson, and Kiyara Lee all chipped in 8 points a piece. The Lady Yellow Jackets are 11-5 overall.

On Saturday in the same event, Tupelo beat Biloxi 52-46 and WHHS beat Shannon 43-15. Corpuz again shined even in defeat, pouring in a game-high 29 points and grabbing 11 rebounds for her second straight double-double.

Also on Friday night, Bay High beat Pearl River Central 45-20, and Hancock picked up a big 52-29 win over Pascagoula on the road.

Greene County beat Moss Point 34-16 to open Region 8-4A action for both teams on Friday as well, and Bay High beat Pearl River Central 45-20 on the road in Carriere.

Later in the day, HCHS beat Port Gibson 61-32 as Carriere scored 19 points and Wells recorded a double-double with 12 points and 12 rebounds.

Earlier in the week, George County beat Perry Central 45-12. Leading scorers for the Lady Rebels were TaLeah Daniels with 17 points, De’Kari McNair with 10 points and Kaleigh Dortch with 8 points. 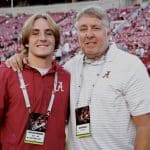 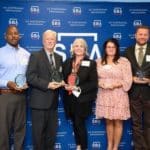