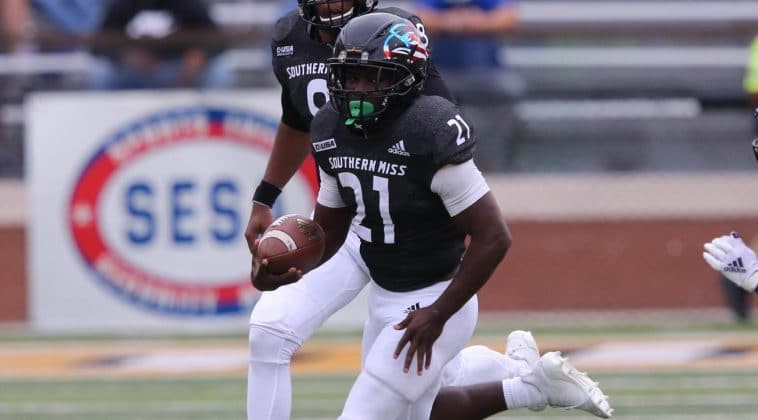 We are less than one month away from the start of the college football season. Let me reiterate that point. There are just four weekends between all of us and college football. Since order is close to restoration, I have put together a short preview for Ole Miss, Mississippi State, and Southern Miss while also predicting the floor and ceiling for each team.

No doubt about it, the Ole Miss offense, led by junior quarterback and Heisman dark horse Matt Corral, will once again be one of the most explosive units in the nation. While the Rebels did lose wide receiver Elijah Moore and tight end Kenny Yeboah to the NFL, wideouts Dontario Drummond, Braylon Sanders, and Jonathan Mingo should be able to fill that void.

I also expect All-SEC running back Jerrion Ealy to play a much bigger role when it comes to catching passes. Last year, the Jackson Prep product had 15 receptions for 155 yards and one touchdown. Both of those numbers are likely to double. Maybe Ealy can become the second player in SEC history (Dexter McCluster in 2009) to rush for 1,000 yards and receive for 500 yards in a single season? It’s not out of the realm of reality.

The combination of Corral, Drummond, Sanders, Mingo, Ealy, transfer slot receiver Jahcour Pearson (Western Kentucky), quarterback-turned-receiver John Rhys Plumlee, and a respectable offensive line that returns four starters with the addition of All-Pac-12 transfer Orlando Umana should make for a fun year…at least on that side of the ball.

Regarding the defense, a lot of questions remain. I mean a lot. In comparison to an offense that finished third in the nation last year in terms of total offense, the defense finished 126 out of 127 FBS teams in total defense.

The good news is that the defensive line was instantly bolstered with the additions of Tywone Malone (No. 6 defensive tackle, according to 247Sports) and junior college transfers Isaiah Iton and Jamon Gordon. A better defensive line will help open the field up for veteran linebackers MoMo Sanogo, Sam Williams, Lakia Henry, and Maryland transfer Chance Campbell.

In the secondary, a full season for Georgia transfer Otis Reese could prove All-SEC worthy. A.J. Finley and Keidron Smith also return. Ole Miss fans, don’t expect a disastrous defense like last year but do expect a middle of the road unit at best.

Can the Air Raid suffice for an entire season in today’s SEC? That’s the initial question at hand for Mississippi State after seeing some promising glimpses of success during the 2020 season.

It hasn’t happened since Hal Mumme at Kentucky during the 1998 and 1999 seasons, but even then, it wasn’t that impressive. Mumme’s squad went 7-5 and 6-6 with back-to-back bowl losses in those two seasons.

However, Mike Leach isn’t Hal Mumme. And although he learned under Mumme, Leach is objectively a better coach. Thus, a Mike Leach Air Raid can undoubtedly succeed in the SEC.

The key is the running game. As oxymoronic as that may sound, Mississippi State doesn’t have to run the ball 45 times a game. That’s not going to happen in the Air Raid, but what they do have to do is run the ball effectively when they decide to hit the ground. 15 times a game for six yards a carry should be sufficient enough to keep opposing defenses honest and let the passing game do its thing.

A bigger question than that of the Air Raid is who’s going to be leading it. Will it be sophomore Will Rogers, Southern Miss transfer Jack Abraham, or highly touted freshman Sawyer Robertson (No. 9 pocket passer, according to 247Sports)?

I’ll go ahead and tell you that it’s not going to be Robertson. Not yet at least.

I think Leach will start the season with Rogers, who looked good in five of the last six games in 2020, but I wouldn’t be shocked if he decided to go with Abraham. The reason being is what Leach was able to do with Gardner Minshew at Washington State. Abraham’s stats are much better than what Minshew’s looked like before he made the trek from East Carolina to Pullman, which makes you wonder.

No matter who’s under center, there will be a solid group to throw to. Led by 2020 All-SEC Freshman Jaden Walley, the wide receiver room also includes Austin Williams, Malik Heath, plus transfers Makai Polk (California) and Jamire Calvin (Washington State). You can also expect running backs Dillon Johnson and Jo’quavious Marks to haul in some receptions.

Defensively, the Bulldog secondary should be one of the conference’s best with the stout duo of Martin Emerson and Emmanuel Forbes. Texas transfer Jalen Green and returnees Collin Duncan and Fred Peters will also play a big role.

The holes that need to be filled come inside the box. Outside of linebackers Aaron Brule and Tyrus Wheat, I’m not too sure who’s going to show out this season, but there’s a lot of potential with the likes of Jordan Davis, Jaden Crumedy, Nathaniel Watson, and UCF transfer Randy Charlton.

Last year, the Mississippi State defense kept them in games, rather than the offense, but expect both units to be better and a little more evened out this year.

The Will Hall era at Southern Miss is about to officially commence and Golden Eagle fans should be ecstatic.

What I believe to be the best hire Southern Miss could have made should mesh well with a wealth of talent returning, including 17 starters from 2020.

Let’s be honest here. Outside of Alabama, there’s not a single game on the 2021 schedule that Southern Miss can’t win. Nevertheless, most outlets are predicting them to finish third or fourth in the Conference USA West, which is somewhat understandable after what we saw last year.

Unless something goes terribly wrong, you’re going to see a fantastic season from the Golden Eagles in year one under Hall, and here’s why.

If quarterback Trey Lowe can play above average, the offense should have no problem putting points on the board. With Frank Gore Jr. at running back, an experienced wide receiver room that features Jason Brownlee, Demarcus Jones, and Antoine Robinson, and four returning starters on the offensive line, expect the offense to be one of the conference’s best.

Gore Jr., who rushed for 708 yards last year and has been receiving preseason accolades on what seems to be a daily basis, will exceed 1,000 yards with ease if the sophomore stays healthy.

The defense is also uber talented. Even after the loss of All-Conference USA defensive lineman Jacques Turner to Louisville, there’s plenty for defensive coordinator Austin Armstrong to work with. Returning playmakers include 2020 opt-outs Racheem Boothe and Shannon Showers along with Hayes Maples, Cantrell Latham, Rashaun Mitchell, and Tahj Sykes.

As you can probably tell, talent is the theme here. Southern Miss has so much talent that there’s really no reason this football team shouldn’t be competing for a Conference USA championship year in and year out. 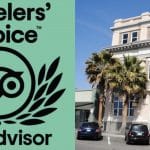 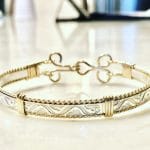