Among the perfusion of butterflies, bees, wasps and other nectar-loving insects that are visiting our beautiful fall flowers, lurks a Queen – the Queen Butterfly that is – a close cousin of the Monarch. For those of us that pay close attention to butterflies this time of year, seeing a Queen is a special treat.

Personally, I have only encountered a Queen twice in coastal Mississippi, always in the fall while enjoying the insect visitors to Goldenrods, Groundsel, and the many other fall flowering plants. Queens are rare here only because we are on the northern part of their natural tropical range, stretching as far south as Argentina, north to the lower portions of eastern and western U.S.

Like the Monarch, caterpillars of Queens feed on milkweeds and other plants that produce chemicals that make them and the adults distasteful to predators. Similar looking Viceroy Butterflies get their distasteful chemicals from their host plant – willows. In all three cases, the bright colors and patterns send a signal that says “I taste bad.”

Looking like other distasteful relatives or close relatives has advantages for all species. Known as Mullerian mimicry, the group as a whole benefit because a predator that learns to avoid one of these butterflies, will avoid all others that look like it.

For humans trying to tell them apart, we have the time to see the differences. Monarchs and Viceroys look most alike, both having distinctive dark veins on both fore and hind wings. Distinctive white dots adorn the edges of the wings of both of these species. Viceroy’s have the telltale horizontal black bar across the bottom half of their hind wings.

Queens are somewhat easier to spot. Although the undersides of their wings sport black veins, the upper sides do not. They appear as solid orange with a scattering of white dots. Smaller white dots do occur along the black margins, but to a lesser extent than Monarchs and Viceroys.

So get out amongst the Goldenrods, Groundsel, and Sunflowers and see if you are as lucky as my friends, Brian, Charlie, and Janet and spot a Queen! 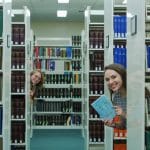 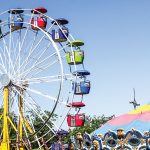