A quintet of All-State linemen from the “Southern Six” hope to dominate in the trenches Saturday for their home state in the 36th annual Alabam/Mississippi All-Star Prep Football Classic.

Five standout area products are expected to start up front along both the offensive and defensive lines for the Mississippi squad, as the Magnolia State All-Stars hope to control the line of scrimmage and bring home a win in the prestigious affair.

Kickoff is set for Noon at Hancock-Whitney Stadium on the campus of the University of South Alabama in Mobile.

Pascagoula’s Jeremy Flora and Gulfport’s LaDarius Jordan are expected to hold down each offensive tackle spot for Mississippi, while on the other side of the ball Moss Point’s Jamarious Brown, Picayune’s Zavion Coleman and Amarion Ware of Harrison Central are all expected to see the bulk of action along the defensive line at both tackle and end.

The monstrous 6-foot-5, 350-pound Flora and Jordan, who stands in at 6-foot-1 and 285-pounds, were recently each selected as the two offensive tackles on the Class 6A First Team All-State squad as chosen by The Mississippi Association of Coaches.

The dynamic duo hopes to open holes for several explosive offensive weapons that the Mississippi Team possesses, especially a pair of products from the “Southern Six” in Ocean Springs quarterback Bray Hubbard and Picayune tailback Dante Dowdell both of which were named “Mr. Football” in their respective classifications for their outstanding play this season.

Moss Point’s Brown, a stellar 6-foot-3, 275-pound stalwart that also doubled as a productive running back at times for the Tigers, was named the Most Valuable Defensive Player in Class 4A in the state of Mississippi by the MAC and was selected First Team All-State as well.

The 6-foot-4, 290-pound Ware, was also honored as a Class 6A First Team All-State selection by the MAC from his defensive end selection for the Red Rebels.

Coleman, a 6-foot-3, 250-pound stalwart, was a driving force defensively for a Maroon Tide squad that captured back-to-back state Class 5A state championships. He was selected as a Class 5A First Team All-State pick.

The Picayune defense allowed an average of just eight points per game, and recorded five shutouts in going 15-0 this season. The Maroon Tide forced 32 turnovers, and in the state title game against West Point the Picayune defense completely shut down the Green Wave offense for most of the last 30 minutes of the game in pulling out a 31-21 win.

A pair of Mississippi Coast head coaches, in Moss Point’s Eugene Harmon and Katlan French of Biloxi, were selected to be assistants for the home state team in the Alabama/Mississippi All-Star Classic. 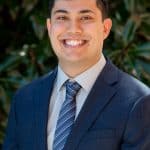 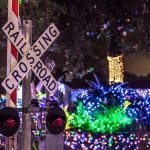