(Editors note: This is the fourth of a five-part series on former prep football traditions in the “Southern Six”)

Over the years, the six southernmost counties in Mississippi have produced numerous prep football players that earned all-state accolades, many of which went on to be all-conference and even All-American on the collegiate level and some were even fortunate enough to find fame and success playing in the National Football league.
But there was a time span of about 15 years, from the mid-1970s through the late 1980s, that one of the top honors a player in the “Southern Six” could achieve was to be named to the prestigious “Burger King All-Star” squad that was sponsored by the longtime fast food franchise and selected by a panel of local head coaches and media members.
The first Burger King All-Stars prep football team was chosen in 1974. Quite a few of the players picked for the squad over the years followed that same trajectory of excelling in the prep ranks and then continuing that success in the Southeastern Conference, the Southwestern Athletic Conference, the Southwest Conference and the Southland Conference as well as several other smaller leagues across the country.
” It was big because unless you were in the Big 8 Conference there really wasn’t a way to get a lot of recognition for your play down here before the Burger King All-Stars began” Doug Barber, who was a sportswriter at The Sun Herald for over 30 years said. Barber was considered the “guru” of print journalists in South Mississippi that covered prep sports on a daily basis for several decades.
“The Burger King All-Stars was a great way to get the word out on players from all levels in South Mississippi,” Barber added. “For the most part it did a good job of spreading the recognition around for both large and small schools and it was a big honor for the players that were picked for the team.”
The chosen players were honored at a banquet in Biloxi, for years at the Biloxi Hilton on the beach, and received a trophy and a certificate and plenty of press in the local print media outlets and TV stations. The banquet also featured a keynote speaker of notoriety such as Mississippi State head coach Bob Tyler and Baylor head coach Grant Teaff as well as LSU’s Jerry Stovall and Bobby Collins of Southern Mississippi among others.
“Newspaper stories about the Burger King All-Star football team gave the best high school players on the Coast extra publicity and made their parents and coaches proud,” John Bialas, another former sportswriter from the Sun Herald said. Bialas actually was a part of the selection committee that picked the all-star team for several years. “The Burger King All-Star team was about prestige, publicity and possibly recruiting.”
That first team 25-member team selected in 1974 featured players from The Big Eight Coastal Zone (excluding Meridian), the Gulf Coast Conference and the Singing River Conference. The initial line-up included such standouts as Moss Point Point defensive ends “Gerald “Money Man” Jackson and “The Maestro” Raymond Peyton, as well as Tiger tight end Bobby Molden. All three of those players spent some time in the NFL at one point or another.

The 1975 team included offensive lineman Chuck Commiskey of Pascagoula, who went on to start at Ole Miss, played in the Senior Bowl and started for the New Orleans Saints for several years including leading the Crescent City crew to their first-ever playoff game.
That 1976 team recognized standouts as well including Pascagoula tailback Ray “Rooster” Jones and his offensive linemen Marc Massengale and Kent Ladner as well as fullback Fred Collins of Gulfport and Joe “747” Adams of Gulfport East and defensively had linebacker Rusty Martin of George County, linebacker Willie Jackson of Vancleave, cornerback Phil Freightman of Gulfport East and tackle Stacey Carmichael of Pascagoula.
“It was a real big honor to be selected as a Burger King All-Star” Massengale, who went on to play on the offensive line at Ole Miss for several seasons, said. Massengale also was picked to play in the Bernard Blackwell North/South All-Star game after his senior season but still called the Burger King team “One of the highlights of my career. It meant that much to us back then.”
In 1977, a pair of linemen in George County’s Mitchell Lee Street and Gerald Carlisle of D’Iberville were repeat selections from the 1976 team. That same team featured tailback Melvin Brown of Biloxi, offensive linemen Bill Bell and Roman Grace of Gulfport and linebacker Ricky Rozell of Pascagoula.
The 1978 team featured Reggie Collier of D’Iberville and Eddie Hornback of Ocean Springs as well as Tyrone Keeton and Earnie Barnes of Moss Point. And in 1979, Moss Point standout tailback George Wonsley was picked for the team and would then be starting in the backfield at Mississippi State less than 10 months later.
Some of the names featured as the 1980s unfolded were Mitch Doze of Pascagoula, Rex Banks of Vancleave, running back Nathan Wonsley of Moss Point, quarterback Keswick Joiner of Moss Point, Brett Favre of Hancock, linebacker Sydney Coleman of Harrison Central and lineman Jeff Breal of Biloxi along with running back Terrence Goff of Hancock, linebacker Vic Bobbinger of Vancleave, quarterback Shane Matthews of Pascagoula, Quarterback Chris Osgood from Moss Point and defensive lineman Chris Clausell of Moss Point as well as defensive back Doc Reddix of Vancleave.
The Burger King All-Star Team was formally announced by local media a few weeks before the banquet, which usually took place in mid-December. But the Coach of the Year was always announced at the banquet itself. Some of the legendary coaches honored with that award over the years included Moss Pont’s Billy Wayne Miller, Pascagoula’s Johnny Woitt, Hugh Pepper of Ocean Springs and Buddy Singleton of D’Iberville as well as Bill Matthews of Pascagoula, Joe Sabatini of Biloxi and Bill Martin of George County among others. 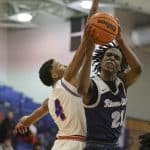 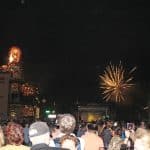