Photo courtesy of the Clarion-Ledger

(Editors note: This is the first of a four-part series on former prep football traditions in the “Southern Six”)

For many years before the implementation of the state-wide prep football playoff system in the state of Mississippi in the early 1980s, the only postseason contests that most teams could strive for was to play well enough to be picked to play in one of a multitude of bowl games spread throughout the Magnolia State.

And the Granddaddy of them all took place on the Mississippi Gulf Coast in Biloxi in the form of the Shrimp Bowl Classic at Yankie Stadium on Lee Street.

The legendary Frank “Yankie” Barhanovich helped start the Shrimp Bowl and served as the games Chairman for many years. The Knights of Columbus Council 1244 in Biloxi sponsored the Shrimp Bowl for the benefit of the Biloxi Doll and Toy Fund for underprivileged children and the St. Vincent DePaul Society, but it also produced some legendary prep football encounters over quite a few decades as well.

The first game was on the same day that the Japanese launched a sneak attack on Pearl Harbor, Dec. 7, 1941, the event that propelled the United States into World War II. The Bay St. Louis KC’s defeated the Biloxi KC’s 12-0 in that initial contest, and it ran as a postseason classic through 1993. The first two games were played featuring “Independent” football clubs along the Mississippi Gulf Coast before the game switched formats to feature prep football teams from not just Mississippi but all over the South for the next five decades.

It is historically considered still today as one of the oldest and most prestigious high school football bowl games ever in the nation.

“The Shrimp Bowl Classic was the premier high school postseason football game on the Coast because of its tradition and history,” John Bialas, a former sports writer at The Sun Herald, said recently. “It featured many intriguing matchups, such as South Lafourche vs. Biloxi in 1966, Biloxi vs. Meridian in 1968 and D’Ibervile vs. Ocean Springs in 1978. There were also many things associated with the game, such as the crowning of the Shrimp Bowl queen. and the thick and glossy program with rosters, pictures and ads that added to the pageantry of the event including a parade. It was a privilege to attend the games as a young fan in the 1960s and then to cover the games as a sportswriter for the Herald in the 1970s and 1980s.”

In 1962 and 1968, Biloxi High School won the Big Eight Conference championship and the mythical state championship in the Shrimp Bowl, defeating Vicksburg Cooper and Meridian, respectively.

In 1966, Biloxi went 9-1-1, defeating teams from four different states: Mississippi, Louisiana, Alabama and Florida. The Indians ended the season with two bowl victories, downing South Lafourche, La., 7-0 in the Shrimp Bowl and Paxon High 35-13 of Jacksonville, Fla., in the Meninak Bowl in Jacksonville.

Over the years, teams from Texas, Florida, all parts of Louisiana and of course Mississippi competed in the game. The game reached its pinnacle around that time in the 1950s and 60s, but the 1970s is remembered for the most part these days as the Golden Age of the contest.

The 1970 game saw Gulfport beat Broadmoor High out of Baton Rouge, La., 27-12, and the next year South Natchez beat Archbishop Rummel out of New Orleans 12-7.

In 1972, Gulfport won the Big Eight Conference championship, whipping previously unbeaten South Natchez 26-6 in the title game which was played in The Shrimp Bowl.

The Tigers of legendary head coach Billy Wayne Miller came into the game with a perfect 10-0 mark, including a big 28-0 win over that same Laurel team earlier in the year at home in Dantzler Stadium in a game that saw an overflow crowd of close to 10,000 people attend. Moss Point was all set to host the game again in the postseason, but anticipating yet another standing-room-only crowd at Dantzler Stadium Shrimp Bowl officials talked Miller into moving the game to the more expansive Yankie Stadium and play it as The Shrimp Bowl.

Miller would later tell this sports writer that it was of his biggest regrets ever in his coaching career, as the Golden Tornadoes gained a measure of revenge with a late 10-7 win and moved on into the overall Big Eight Championship game against Greenwood.

Gulfport East made its only two appearances in the contest over the next two seasons, falling to Brother Martin of New Orleans 42-13 in 1975 and then beating George County 16-0 in 1976 under the direction of head coach J.E. Loiacano. The Vikings finished that 1976 season at 10-1, and it marked the last football game ever for Gulfport East as it merged with city rival Gulfport the next year.

In 1977, in what was recalled as one of the most intense games to date, Biloxi beat the Bogalusa, La., Lumberjacks 21-15.

That set the stage for perhaps the most remembered Shrimp Bowl game ever in 1978, one that pitted a pair of unbeaten local neighbors both standing 10-0 in Gulf Coast Conference champion Ocean Springs and Pascagoula River Conference champion D’Iberville.

That contest is also considered to be one of the best games ever played in South Mississippi. D’Iberville won 13-12, as the Warriors completed the first of back-to-back unbeaten seasons. D’Iberville’s Donald Ray Williams booted a 20-yard field goal with 59 seconds left for the winning points before an estimated crowd of 10,000 fans.

The game not only featured a pair of legendary head coaches in D’Iberville’s Buddy Singleton and Ocean Springs’ Hugh Pepper, but two of the top quarterbacks ever to play in the prep ranks in South Mississippi to date at that time as well. The Warriors were led by QB Reggie Collier, who passed for 1,006 yards and rushed for 378 yards in leading DHS into the Shrimp Bowl, and OSHS by quarterback Eddie Hornback who ran for 1,004 yards and passed for 881 yards during the regular season. Collier went on to star at the University of Southern Mississippi, while Hornback signed with Notre Dame and later played defensive end for Mississippi State.

After Harrison Central beat St. Martin 19-0 in 1979 to end that historic decade for the Shrimp Bowl, Biloxi was picked to play in the next three contests as plans to begin a state-wide playoff system heated up.

The implementation of the state-wide playoff system n 1981 was the beginning of the downfall for the once prestigious annual affair, as the game took on less and less importance every year and the pool of teams to choose from dwindled with many of the better squads qualifying for the playoffs. And, when the state playoffs were expanded a decade or so later to include the top four teams from each region in each classification, that narrowed the pool even further.

The game has continued for most of the past 40 years in some form or fashion as either a double-header or single game to kick the season off, but those who remember the glory days of The Shrimp Bowl Classic will always have the memories of the heyday of the Granddaddy of prep football bowls games in the state of Mississippi to look back on with fondness. 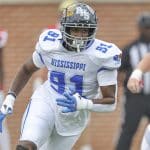 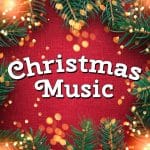