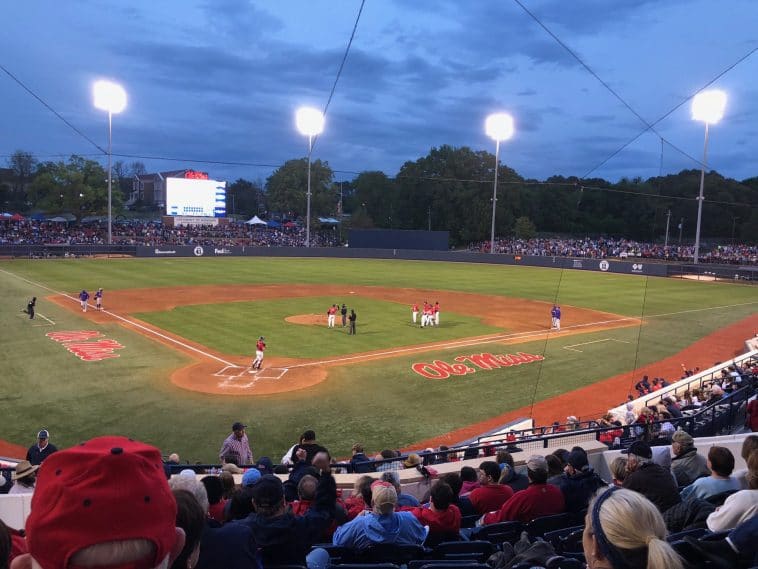 So, I finally took a trip. Let’s face it. During this bizarre past year-plus, none of us have been able to move around very much. With morning seemingly breaking again, I took my first step back out there, and it was quite the success.

This past Friday, I jumped in the car with frequent traveling companion Leslie Thompson, and we headed to Oxford. A big sports weekend was scheduled for Ole Miss, with baseball, softball, and the spring football game.

On the way up, instead of the autumnal colors we see in the fall, we were blessed with the lush greening of the entire length of Mississippi. As we chatted about the coming events, we realized that we had not been to Oxford in 18 months. For me, that would be the first time since 1966, my freshman year at the university, that such a gap had occurred. I’m sure many of you have experienced situations like that regarding oft-traveled destinations. Strange times.

Upon arrival in Oxford Friday afternoon, with Leslie gathering with family members and my hosts, David and Susan McCormick also occupied, I was on my own for a bit. In the beautiful spring weather, I walked down to the square and settled in first at one of my favorite spots, Proud Larry’s, for a cold beverage and one of their succulent chicken breast/seasoned fries dishes. It was wonderful sitting on the patio, watching all the students and visiting alums walk by on the bustling college town streets.

My next stop was the world-famous Square Books. I browsed all the treasures, visited with owner Richard Howarth, and purchased two signed copy volumes, one by an up-and-coming novelist and one by personal favorite Rick Bragg, for Mary Jon and myself. They always have exceptional stuff at Square Books—I could spend hours there.

After returning to the condo, I joined the McCormicks for a visit to the McCormick Bar and Grill at the Inn at Ole Miss, the on-campus hotel. I’ll let you guess who that’s named after.

Then, it was on to Swayze Field for the evening’s baseball encounter between old rivals Ole Miss and LSU. Over 11,000 people were packed into Swayze, which along with Dudy Noble Field in Starkville, have to be the two best college baseball venues in the nation. The Rebels didn’t play well and lost, 7-2, but, hey, Lane Kiffin threw out the first pitch, and I was outside in a gorgeous setting watching baseball. So, I was OK.

Saturday at noon, Leslie and I headed back to Swayze for the conclusion of the OM-LSU series. Another overflow crowd, but the Diamond Rebs seemed to be in a trance, falling behind 9-1 going into the eighth inning. Then, one of the more stirring comebacks I’ve witnessed in baseball took place. OM cut it to 9-5 on Peyton Chatagnier’s three-run home run, then loaded the bases with two outs for freshman T.J. McCants, who is from Cantonment, Florida, right down the road from Pascagoula. All T.J. did was blast a grand slam over dead center to tie the game at 9 all. The place exploded.

Now, we go to the bottom of the ninth, still tied, with freshman Kemp Alderman, who is 6-3, 265, but strikes out a lot, leading off. First pitch, he crushes a ball that cleared the rowdy student section beyond the right field wall for a dramatic walk-off victory. Now, you could hear the roar down at Ajax Diner on the Square.

Or, at least, I know folks heard the noise a few hundred yards away at Vaught-Hemingway Stadium, where we next walked to view the spring football game. As has often been said, you can’t tell much about your team from these affairs. Still, it was good to be in the dang stadium watching quarterback Matt Corral and his buddies do their thing, plus visit with old friends in the stands.

Plus, there was a nice bonus—Jakwaize Walker, former exceptional QB for the Pascagoula Panthers and now a walk-on running back and special teams player for Ole Miss, was the game’s leading rusher and scored two touchdowns. We didn’t remind those sitting around us where Jakwaize was from more than five or ten times (Goula in the house!).

Now, it was nighttime with the Ole Miss-Auburn softball game on tap. It was really chilly, but I bundled up and went, as I am a big fan of our team. Let me tell you. Those ladies can play—they are so sound fundamentally, they hustle, and you can tell they’re having a blast. The Rebels won 6-1 to solidify their Top 25 ranking and fifth-place standing in the amazingly tough SEC.

So, who did I randomly run into at the softball game? T.J. McCants, one of the heroes of the baseball comeback earlier. I told him “good work”, and he said “thank you” and smiled broadly. Then, I had a brief visit with Coach Yo, the popular OM women’s basketball chief. Cool moments, and good to see representatives of various teams supporting each other.

When we hit the road for home the next morning, we were tired but fulfilled. I think we’ve all done the best we could to endure what’s been before us these past months, but it appears to be finally time to head back toward normalcy. In my case, a trip to my beloved Oxford is just what the (mental) doctor ordered. 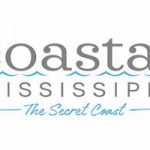 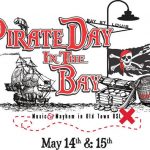