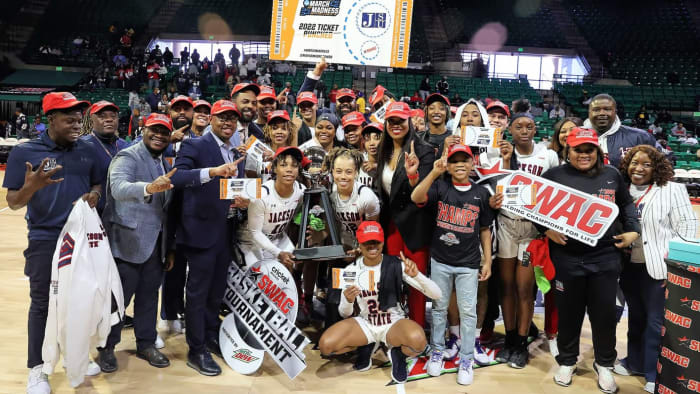 Players from arch-rivals Moss Point and Pascagoula high schools have faced off in various athletic competitions thousands of times on many different levels over the years.

And this week, you can add the NCAA Women’s Basketball National Championship Tournament to that category.

Homestanding LSU will host Jackson State Saturday afternoon at 4 p.m., in Baton Rouge in the opening round of the Spokane Regional, and the Panthers and Tigers will be well represented.

The 14th seeded Lady Tigers (23-6) will meet the three seed LSU (25-6) at The Maravich Assembly Center on the LSU campus.

Sims, a 6-foot-1 senior forward for JSU, is averaging almost five points and five rebounds per game this season and has started 20 out of 29 games for the Lady Tigers. Jackson State completed a dominant Southwestern Athletic Conference season with a 101-80 win over Alabama State in the SWAC Tournament championship Game as the Lady Tigers captured their second straight league title and NCAA tourney berth as well.

Sims and her teammates ran roughshod over league foes this season finishing SWAC play at a perfect 18-0. Sims is coming off of one of her best games this season in the SWAC title game as she tallied a season-high 11 points and pulled down five rebounds.

She also recorded a season-high outing in rebounds with 11 in a late February win over Texas Southern.

Cherry, a 5-foot-8 fifth-year senior guard for LSU, has started 28 of the 29 games for her version of the Lady Tigers this season. She tallied a season-high 22 points in a win over Samford in late December and also a season-high nine assists in a win over Missouri in mid-January. Cherry is averaging nine points and five rebounds per game.

LSU finished second in the Southeastern Conference regular-season standings. The Lady Tigers are under the direction of first-year head coach Kim Mulkey.

Jackson State’s roster consists of 14 players, 13 of which played prep basketball in the state of Mississippi. In addition to Sims, JSU center Ameshya Williams Holliday and backup center Daphne White also played prep basketball on the Gulf Coast as Williams was an All-State standout at West Harrison High and White a stalwart at St. Martin.

The 6-foot-4 senior Williams, in fact, was named the SWAC Player of the Year this season, leading the conference in scoring (19.3 ppg). She tallied 18 points and pulled down 21 rebounds in a game against SEC foe Arkansas this season

Also, Ole Miss is back in the NCAA tournament for the first time since 2007. The Lady Rebels will face South Dakota Friday in Waco, TX. 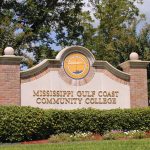