The second of three art sculptures was recently installed at the west end of the Downtown Plaza in Pascagoula.

Named Hurri-Crane, it’s a bright yellow twisty metallic structure made from salvaged steel from Ingalls Shipyard. It references the swirling winds of a hurricane while echoing the spirals commonly found in Walter Anderson’s designs. Elements of it also pay tribute to the shipbuilding industry and the hands of the workers whose labor produced the metal’s shapes and patterns.

“By using Ingalls steel for this downtown sculpture, the work connects the industrial and maritime legacy of the city and region to the community development occurring in Pascagoula,” said Julian Rankin, Executive Director of the Walter Anderson Museum of Art (WAMA).

“With an 84-year legacy between Ingalls Shipbuilding and the city of Pascagoula, the Hurri-Crane sculpture pays true homage to our long-standing partnership and we are honored to be involved in the re-beautification efforts taking place in Jackson County. Inspired by our largest crane at Ingalls, ‘Goliath’, the sculpture was made with sourced scrap metal from the shipyard and is the same color yellow as the crane.”

The Jackson County Chamber of Commerce served as the project initiator and coordinator while WAMA oversaw the project, which was part of the Pascagoula Public Art Enterprise (PPAE). PPAE is a collaboration among professional and student artists and Pascagoula-Gautier School District educators and College and Career Technical Institute (CCTI) with the help and guidance of Julian Rankin of WAMA.

For Hurri-Crane, design students from CCTI used feedback from local residents to determine what design would best reflect what Pascagoula means to its people, and worked with Oxford artist Earl Dismuke to develop and create this abstract piece of art that represents Pascagoula’s resilience after hurricanes and Ingalls Shipbuilding, the state’s largest employer.

Paige Roberts, Jackson County Chamber of Commerce President & CEO praises the efforts of all those responsible for the creation of the sculptures.

“I am so proud of this community partnership and the beautiful results. These pieces of artwork bring a real sense of pride in this city, as they help define what Pascagoula’s really about.”

Rebecca Davis, Director of Main Street Pascagoula, credits the talents of the students who helped design and create the sculpture.

“What I like most about it is that the students did it. They used their creative minds and came up with the idea for it, from start to finish.”

Davis feels that the students’ vision and their hard work will have a lasting impact on their futures and on the community.

“We want these students to come back to our community. This is something that they can show their children and say they had a part in it. And, hopefully, that will inspire the same creativity in their children. It’s not really about the artwork. It’s about instilling in the students that they are creative and important, and that they too have a voice in their community.” 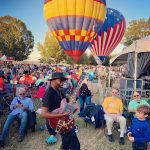 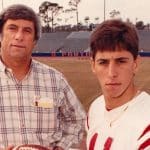