Loyal readers of this column (all 14 of you) will remember that, about a month or so ago, I did a piece about community theatre making a resurgence in Pascagoula. The newly formed Singing River Little Theatre (SRLT) was about to present Blithe Spirit, and the Pascagoula Senior Players were in rehearsal for the upcoming The Ponder Heart.

So, now for an update on our local dramatic arts situation. First off, Blithe Spirit was a big success. Presented at the Assembly Hall on the Jackson County Fairgrounds, the play brought in large, enthusiastic crowds on March 19 and 20. Afterward, the comments we heard were all in the realm of “this was great, we need this in Pascagoula.” Producer Chris Wiggins and director Jill Sullivan led a sterling cast through the Noel Coward classic, and now the community can look forward to future SRLT productions.

Next up locally, however, will be a presentation by the Pascagoula Senior Players of excerpts from Eudora Welty’s The Ponder Heart, scheduled for April 28, April 29, and April 30 at the Pascagoula Senior Center. These will include the key scene that sets the story of the play, then the hilarious but touching final act.

Like many, I had read The Ponder Heart as a novel by Mississippi legend Welty, but I did not know that it had been a Broadway play. Leave it to our intrepid director Mac Nelson to bring it to our group to perform, and the storyline is really clever (hey, Eudora wrote it).

Speaking of Mac, I asked him about his love of theatre and wanting to start our senior group. Here’s what he had to say:

“I fell in love with theatre during my elementary school years in Pascagoula, and was quite active in church, school, and community productions from then on. I directed in Jackson for a few years, and then went to L.A., followed by Nashville and then New York for 30 years.

“When I retired and returned to Pascagoula, the folks at the Senior Center asked me to start an acting class, and I jumped on it. The first group had six people, and we’ve grown from there. We’ve done a showcase each year, and I have been elated about how well everyone has done. I think that both I and the class have learned so much during these eight years. I believe that our Senior Players and the new community group are indications of good things to come in local theatre.”

Mac has done a wonderful job with the Pascagoula Senior Players, putting his heart and soul into the classes and the productions. One of the “Original Six” players is Betty Green St. Amant, who has become a local star performer through the showcases.

“When I retired from teaching, I was searching  for something to supplement my career and background in that area,” said Betty. “I wanted to do something that would allow me to use my verbal/storytelling skills, and enjoy a hobby that would carry into my senior years.

“I learned of Mac Nelson conducting an acting class at the Senior Center. I must say from his first class on, I have enjoyed every second of learning and of camaraderie with the other senior actors. We have a great time together and enjoy entertaining the citizens of Pascagoula and the surrounding area. People are so supportive, and always ask us when we will be having another production.

“Characters I have played have been diversified and extremely fun to portray. I have been in The Glass Menagerie, Steel Magnolias, and Nunsense, among others. We are looking forward to presenting The Ponder Heart, because it is a comedy, and I think everyone will be able to relate to the characters. I’m so thankful to have been exposed to Mac’s expertise and also to the strong support from the people of my hometown of Pascagoula.”

As you can tell from both Mac’s and Betty’s words, the Pascagoula Senior Players experience has been a labor of love. Clearly, this group has had an impact on the quality of life in Pascagoula, and I am proud and humbled to be a part of it.

OK, so get out your social calendars and write in The Ponder Heart for one of our upcoming presentations: April 28, 7:00 pm; April 29, 7:00 pm; or April 30, 2:00 pm, all at the Pascagoula Senior Center. Admission is free, with donations accepted as desired. The talented cast includes Pam Beecher, Bruce Brister, John Fryer, Mary Jones, M.J. Kirby, Richard Lucas, and Betty St. Amant.

Back in the day, The Mississippi Press had a skilled theatre critic named Wally Sherwood who, in his column “Footlights and Fresco,” reviewed local plays and musical shows. Since we don’t have Wally or “Footlights” anymore, come on out the last week in April, watch the Pascagoula Senior Players, and write you own review of The Ponder Heart. 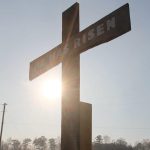 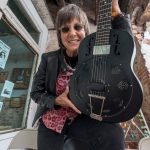